The mayor of London, Sadiq Khan, has placed rent controls at the heart of his re-election campaign, calling the upcoming mayoral election “a referendum on rent controls”.

Mr Khan is demonstrating that he is on the side of London tenants, who spend an average of 43% of their income on rent and saw rents increase by a third in the ten years since 2010.

He has issued a challenge to the Prime Minister, who had previously ignored Khan’s plans for rent control in the capital, stating:

“That’s why today I am making the mayoral election on 7 May a referendum on rent controls – showing Londoners that I will stand up for renters. The prime minister will have to give us the powers we need because if he refuses to do so he will be denying the express democratic will of millions of Londoners. And as we have all heard Boris Johnson repeatedly say himself, the democratic will of the people must be respected and it is not for politicians to frustrate it.”

“Rent controls might appear attractive to those already renting but they would be a disaster for anyone looking for somewhere to rent.

“All they would achieve, as history and experience elsewhere tells us, is to drive landlords out of the market exacerbating an already serious shortage of homes available.

“Instead of putting out simplistic and superficially appealing proposals in attempt to win votes, the Mayor should focus on boosting the supply of available housing using the powers he already has.

“Only then will he make any discernible impact on improving the affordability of housing across the capital.”

But there are many who believe that this argument doesn’t hold weight, pointing to major cities such as Berlin and New York City where tighter rent controls have been shown to be effective.

The free market dictates that where there is demand, there will always be an enterprising business or individual willing to supply. In effect, rent controls could simply drive out landlords whose business models are unable to adapt, strengthening the market overall.

“London is one of the most expensive cities to be a renter on the planet. Soaring rents mean the basic necessity of a secure, safe home is out of reach for too many people. Londoners are being priced out of the neighbourhoods they grew up in or forced to leave the city altogether.” 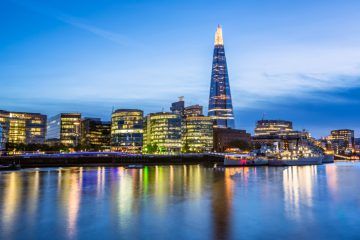 The Director of estate agents Your Move and Reeds Rains, Adrian Gill, has spoken out about what the new London …

The Director of estate agents Your Move and Reeds Rains, Adrian Gill, has spoken out ...