Tenant demand is increasing, but the number of new landlords entering the market is falling according to new figures released by the Royal Institution of Chartered Surveyors. What’s more, they say this has been happening every quarter since mid-2016.

This increased demand and squeeze on supply is likely to lead to rental increases across the vast majority of regions in 2020. This is already the case if you ask HomeLet, who say that rents are rising across the country, making it harder for tenants to save to buy their own home.

Landlords had hoped that Rishi Sunak’s budget last week would have shown support for them, but were sadly disappointed.

They had called for Rishi Sunak’s big-spending budget to include the abolishment of stamp duty on the acquisition of additional homes where landlords invest in property adding to the net supply of housing such as new build properties or bringing long term empty homes back into use.

In a joint statement, the RLA and NLA said:

“The government is undermining its own efforts to boost homeownership through its attacks on the private rented sector.

“By choking-off supply and making renting more expensive it is tenants who are hardest hit.

“Ministers need to wake up to the reality of the damage their tax measures are doing to the private rented sector and support landlords to provide the new homes for private rent we desperately need.” 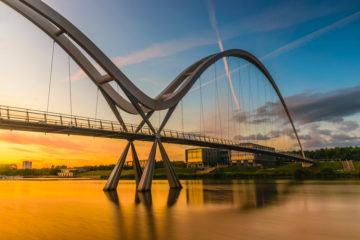 Research by student accommodation platform UniHomes has found the coastal university cities with the most affordable rent prices. The platform’s …