High tenant demand is estimated to drive rental prices up by 10% in the next year.

Doubt surrounding the general election will also have an affect on the corporate letting market.

The firm believe that prime London property prices will increase between 3-5% in 2015, compared to the 11.4% rise seen over the last year.1

Yearly growth is set to be the strongest, at 5% in outer prime London, where property prices are generally 25% lower than within prime London as a whole, which will boost demand. However, the priciest London areas will see rises of 3%.1

Marsh & Parsons also presume there will still be confidence in the market into 2015, as mortgage lenders provide the most competitive rates ever.

CEO of Marsh & Parsons, Peter Rollings, says: “The London housing market gave a stellar performance in the first half of 2014, but there won’t be quite the same encore next year. However, the curtain certainly isn’t going down on price growth. After touching the brakes in recent months, property values will continue to climb steadily again in 2015, albeit at a more modest and orderly pace.

“Demand for prime London property remains stable, and after adapting to the MMR changes and tighter affordability measures introduced this year, buyers are more motivated than ever; maintaining sales momentum and ensuring that property prices will not stand idle. The general election will act to stimulate the market, removing much uncertainty and drawing a line under any hesitation from buyers and sellers, but this isn’t too say that the first five months of the year will be a write-off as London won’t stop working.”

Marsh & Parsons are predicting much higher growth in the prime London rental market, estimating rises of 10% in 2015. After a period of steady rental prices, rents in prime London have increased gradually during 2014, and the pace should develop in the next 12 months.1

Corporate tenancies rose 14% in 2014, compared to 2013. High demand for corporate lettings and relocations will aid the progression of this sector in 2015.1

Rollings explains: “The rental market will be where much of the action takes place in 2015. Those relocating to the capital for work are now biding their time before purchasing their own portion of London property, until question marks surrounding additional property taxes are erased. This will push demand in the corporate lettings sector even further, and the biggest rental increases are predicted to be among one or two-bedroom flats.

“Supply of rental properties looks set to be sustained, but any regulatory changes to tenancy fees under a new Government could inflate rents artificially. The powers that be need to ensure that landlord are not spooked out of the market by unnecessary layers of legislation, and that aspiring property investors don’t take their money elsewhere.”

Any interest rate rises should not affect the housing market too much in 2015, as the increases are only predicted to be between 0.25% and 0.5%.1

Rollings concludes: “With an array of attractive mortgage products on the market, and many homeowners tied into existing deals, an interest rate rise towards the latter end of 2015 is unlikely to cause any seismic shifts in the property landscape. Even after a lift, interest rates will still remain remarkably low, and the primary preoccupation for buyers will not be interest rates, but accessing competitive mortgages, which Government initiatives have been making much easier.”1 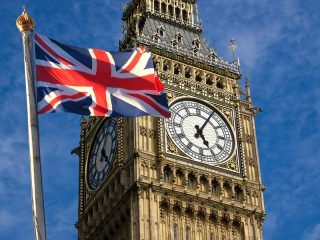 The London lettings market has recorded its “strongest ever” month, despite forecasts of a prolonged Brexit slump following June’s referendum …

The London lettings market has recorded its “strongest ever” month, despite forec...