Right to Rent Named a Top Cause of Stress for Landlords

The Right to Rent scheme has been named as a top cause of stress and worry for landlords, especially those in areas of the UK with a high number of immigrants, according to a new study.

The report, from PropertyLetByUs.com – a leading online letting agent – found that Right to Rent is the number one cause of stress for over a third of buy-to-let landlords, ahead of dealing with tax and inland revenue, raising finance, handling tenant complaints and void periods.

Only rent arrears and sorting out property repairs were voted more stressful than the Right to Rent scheme. 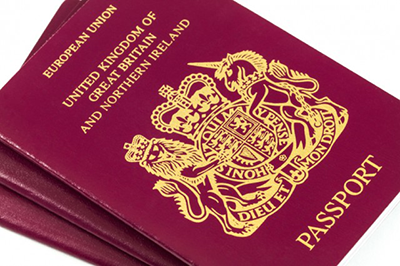 Right to Rent Named a Top Cause of Stress for Landlords

Landlords in areas with high levels of immigration, such as London and the South East, the West Midlands, the East of England and the North West, are suffering the most under the new legislation.

Furthermore, landlords are concerned that they are paying over the odds for all of the reference checks that they are now legally required to make.

Research by the Residential Landlords Association (RLA) found that in February, when the Right to Rent scheme was introduced, a huge 90% of landlords in England and Wales had not received any information from the Government on their legal duties under the new rules.

It also found that 72% of landlords did not understand their obligations, and 44% will only let to tenants who have documents they are familiar with.

Since 1st February, landlords or their letting agents are legally obliged to conduct immigration checks on all prospective tenants. Those breaking the law will face fines of up to £3,000.

This guide, from the Home Office, will help landlords understand their duties: /home-office-reinforces-landlord-responsibilities-right-rent/

The Managing Director of PropertyLetByUs.com, Jane Morris, comments on the findings: “Landlords are under huge pressure with constant new legislation, new mortgage lending rules and increased taxation. Right to Rent is making matters worse. While the Government argues this will help crack down on illegal immigrants, it is placing far too much responsibility on the shoulders of landlords.

“Anyone would think the Government dislikes landlords, with what appears to be a relentless attack on the buy-to-let market. The undisputed fact is that landlords provide essential private and social housing for a growing band of tenants, who simply can’t afford to buy. With forecasts from PwC predicting that 7.2m households will be in rented accommodation by 2025, landlords will continue to play a pivotal part in the supply of housing for a growing UK population.”

She adds: “However, it is not just landlords that are suffering under the Right to Rent legislation; several charities working in the West Midlands have warned that people they represent were now struggling to find accommodation and some had even become homeless. It is undoubtedly making tenants’ lives even more miserable than they already are – the same can also be said for many landlords.”