Rent price growth slowed to almost zero in February, according to the latest Rental Tracker from Your Move.

The estate agent found that the average rent price in England and Wales increased by just 0.4% in the year to February, to hit £861 per month. This is significantly lower than the 1.4% rate of growth recorded in the previous month.

The South West of England recorded the fastest rent price growth in the 12 months to February, at 4%, taking the typical rent to £703 a month.

This growth was attributed to landlords looking beyond London for higher rental returns, and a boom in tenant demand in cities such as Bristol.

Yorkshire is the second cheapest region to rent a property in England and Wales, just ahead of the North East, where the average rent price is £540 per month (up by 1% year-on-year).

Meanwhile, London and the East of England registered a decline in rents in February, taking the average price in the capital to £1,260 per month. Tenants in the East experienced the greatest fall, of 1.8%, taking the typical price to £878 a month.

Your Move also revealed the highest annual rental return in February was found in the North East, at an average of 5.0%. The North West closely followed (4.8%), while investors in London experienced the smallest percentage yields, at an average of just 3.2%.

The returns recorded in each of the ten regions included in the report were the same in February as in January, but the average yield across England and Wales (4.3%) was down from 4.4% in February 2018.

Martyn Alderton, the National Lettings Director at Your Move, comments on the report: “Renters have been drawn to Bristol, not only because of its vibrant arts and cultural scene, but also its strong job prospects. This has been accompanied by a boom in build to rent in the city, which has driven up demand and the average rent across the region.

“Private landlords, meanwhile, have tended to prefer the charms of the north of England, a region where yields are significantly higher than elsewhere.”

He adds: “But returns in all regions have remained steady compared with January, meaning landlords across the country have enjoyed solid yields.”

The Your Move data also shows that tenant rent arrears remained below 10% once again in February, with 9.4% of all tenancies behind on payments. This is up on the 8.8% recorded in January, but is down on December’s 10.5% figure.

Landlords, are you looking beyond London for rental returns? Let us know where you’re interested in! 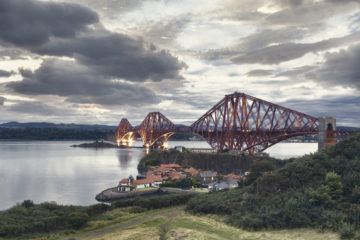