Many experts from the property industry have been quick to respond to yesterday’s already controversial Housing White Paper, delivered by Sajid Javid, the Secretary of State for Communities and Local Government.

We have already reported that the RLA is disappointed in the lack of support for individual landlords, while PwC warns that the announcement has worsened the outlook for generation rent.

Meanwhile, the Association of Residential Letting Agents and the National Association of Estate Agents have issued a joint statement: https://www.justlandlords.co.uk/news/arla-naea-react-three-year-tenancies/

Now, the CEO of online estate agent eMoov.co.uk, Russell Quirk, has offered his opinions on the Housing White Paper: “As always, commendable that the Government should look to again address the housing crisis, but there is an all too familiar theme of close but no cigar where today’s announcements are concerned, and a real lack of ambition. Although this paper will be cautiously welcomed, much of what Mr. Javid announced today was nothing but recycle rhetoric and statistics from previous announcements, and, as always, the devil will be in the doing.

“Rather than make any real steps towards a solution, today’s changes seem to only trim the fat from a system that is fundamentally broken.”

He comments on the Lifetime ISA announcement: “The Lifetime ISA is a positive step, but the Government’s various Help to Buy schemes, regardless of what guise they come under, have had an insufficient impact in helping first time buyers historically. So there is no real expectation that this will be any different, as it is essentially a regurgitated version of previous schemes.”

On the greenbelt plans, he says: “The stubborn stance on greenbelt is disappointing; there are swathes of land that are classed as greenbelt that should not be labelled as such, which could go a long way in addressing the shortage of land needed to build.

“We must be more grown up about building on greenbelt – and we are only talking about 1% of it – but it would seem the Government are more concerned about going to war with middle-England than they are with addressing the housing crisis.

“All too often, knee-jerk councillors are scared of lobbying NIMBYs and bow to their demands, stopping attempts to build housing at the planning committee level, in fear that their career will slide if they don’t. The reality is that we need to build on about 9% of the nation and, therefore, someone will have their nose put out of place by a new development down the road from them. But the consequence of not doing so is that our children and their children will have nowhere to live, and we won’t have a housing crisis on our hands, but a social crisis.” 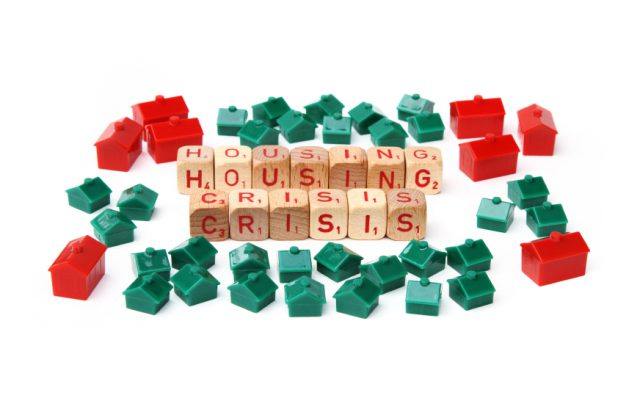 Quirk continues: “Kicking pensioners out of their homes with the offer of some poultry compensation will be of cold comfort to them. Downsizing may seem like a nice concept on the face of it, but it really is just that, a concept, and one that has not been considered properly in terms of what is actually involved, which is essentially kicking people out of the homes they have worked hard for.”

He assesses the latest housebuilding pledges: “The reduction in time between planning permission and the start of a building is such a small aspect of the problem that it will barely make a dent to the overall outcome.

“The move to encourage developers away from low density areas, whilst helping to fund smaller firms to challenge the big players in the space may incite more competition and more extensive housing projects, but we need these developers to be encouraged to actually build in the first place. Something they currently aren’t doing, due to a lack of incentives.

“In fact, all we have really seen from developers of late is the disgraceful backhanded tactics of selling off leases behind the backs of homeowners. This is a practice fuelled by greed to maximise the profit made by these developers at the expense of the homeowner, under the guise of addressing the housing crisis whilst they’re in fact fuelling it. Rather than potentially increase the number of them building, these developers need to be first brought to account for their actions.”

He concludes: “Again, the promise of stamping this out is a commendable one, but one that is unlikely to come to fruition.”

The Managing Director of Paragon Mortgages, John Heron, looks at the announcement from a financial point of view.

He says: “Paragon have long called for a broad and strategic view of UK housing policy that takes a tenure-neutral approach and recognises the vital role played by the private rented sector (PRS). We welcome today’s White Paper as being a good start in developing such a strategy, particularly the plans to engage with local people and smaller housebuilders, who will help to increase the supply of new homes.

“We are disappointed, however, that the Government is pushing forward with plans to reduce the amount of mortgage interest tax relief available to landlords, which comes on top of a reduction in the Wear and Tear Allowance and an increase in Stamp Duty for landlords. These policies have already resulted in reduced investment in the PRS over the last 18 months and will continue to do so, and this doesn’t sit well with the White Paper’s call for increased supply to the PRS.”

“Institutional and private investors in the PRS can coexist and be mutually supportive, but we need a policy environment that reflects the vital contribution which both can make.”

Ian Thomas, the Co-Founder and CIO of LendInvest, also reacts to the details of the announcement: “The Housing White Paper makes it clear that the onus is on all levels of government and industry to deliver more homes of every type.

“The success of small-scale housebuilders is of critical importance to the increase in housing supply. In the execution of these measures, Government must put SMEs at the fore, providing them with access to finance, land and skills to put homes on British streets.

“We want to see these small builders and property investors at the front of the queue to purchase public land, and we look forward to opportunities to work with Government to get public finance into the hands of these developers.”

Looking at the Housing White Paper from a different perspective, the Director of tenant lobby group Generation Rent, Dan Wilson Craw, warns: “Sajid Javid has the right analysis about the plight of renters, but his White Paper has failed to offer us anything of substance.

“By limiting longer tenancies to new purpose-built private rented homes, the Government has offered renters the bare minimum. The institutional investors building homes for rent are already keen to encourage long-term tenants, and it will typically be the better off who can afford to rent them.”

He believes: “The vast majority of tenants will remain in existing properties, with no certainty over their home beyond the next 12 months. The Government should incentivise all landlords to offer tenants greater security by putting a cost on the use of evictions where the tenant has done nothing wrong. Only last week, the US city of Portland, Oregon did exactly that.

“Until the Government builds enough to overcome the housing shortage, high rents will continue to stifle living standards and ambition here is also lacking. Renters on stagnant wages need homes that cost no more than a third of their income, not ones let at 80% of the market rent with a sticker that says affordable.”