The most recent House Price Sentiment Index (HPSI) from Knight Frank and IHS Markit shows that house price confidence in the UK rose during June.

Confidence in the market is measured by home many households believe that the value of their home rose over the previous month.

According to the research, a score of 50 equates to no change, with readings above this number showing increases and below indicating falls. Of course, the higher the figure, the greater the increase.

17% of the 1,500 households surveyed across Britain said that the value of their home has actually increased during the last month, in comparison to 8.9% who experienced falls. This has resulted in a house price sentiment index reading of 54.1.

This represented the twelfth straight month of positive growth for the Index, following the post-Brexit low recorded in July 2016. In addition, it shows the reversal of three months of falling sentiment.

Despite this however, the Index is still below the previous peak of 63.2, seen in May 2014.

Of the 11 regions covered by the Index, 10 perceived that the value of their property increased in the last month. The North West was the only exception.

In addition, the future HPSI, which looks at what households feel will happen to the value of their home in the next year, also increased, from 61.3 to 62.

Again, there was regional variation. Households in London were most confident about future price increases (68.7), followed by the South East (67.2) and West Midlands (64.8). 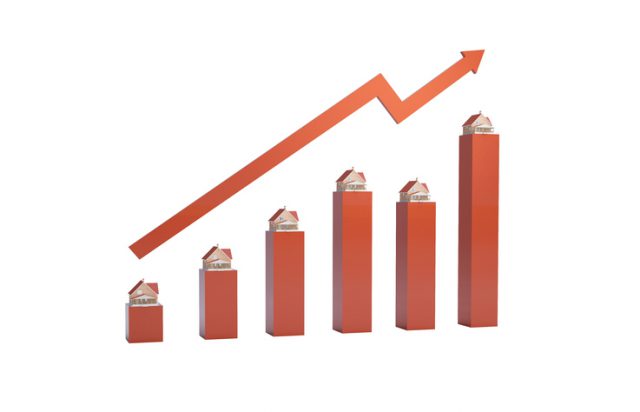 By tenure, mortgage borrowers were most confident that prices would rise, followed by renters and property owners.

Since its inception, the Index has been a good indicator for house price trends. This seems to confirm the advantage of an opinion-based survey, as opposed to historic transactions or mortgage market evidence.

Oliver Knight, an Associate in Knight Frank’s Residential Research, observed: ‘While UK house price sentiment ticked up slightly in July it remains subdued in comparison to longer term trends. Households still report that values are increasing, but at a more modest pace than before the EU Referendum, which remains consistent with wider housing market indicators.’[1]

‘Rising sentiment in July suggests that any uncertainty surrounding the recent General Election result, and the start of Brexit negotiations in June which could have weighed on pricing, has been offset by a lack of supply of housing for sale and the low interest rate, low mortgage rate environment which continues to underpin pricing across much of the UK,’ he added.[1]

Tim Moore, Senior Economist at IHS Markit, also said: ‘UK households continue to anticipate property price gains over the coming 12 months, especially those living in London and the South East. The latest survey signals a rebound in confidence for the first time in three months, but looking at the overall picture reveals that house price sentiment has shifted down a gear this summer.’

‘Household expectations for property price rises have eased to levels last seen in mid-2013, against a backdrop of weak pay growth, affordability constraints and squeezed consumer budgets. There are also signs that Brexit-related uncertainty and the fiscal squeeze on buy-to-let continue to weigh on sentiment.’

‘While households are expecting the soft patch to persist in the near-term, overall levels of confidence are slightly above the trend seen since the survey began in 2009. The resilient picture relative to longer-term patterns is likely helped by the ultra-low mortgage rate environment, improved credit availability and an entrenched shortage of supply across large parts of the country.’[1]