Tomorrow, Chancellor Philip Hammond will deliver his first full Spring Budget – the first since the EU referendum. So what are the property market predictions for the announcement?

As the nation waits to see what new measures will be pulled from the red briefcase, the CEO of online estate agent eMoov.co.uk, Russell Quirk, has noted that little has been talked about regarding property.

He explains: “As always, there are many predictions around what Wednesday may bring for the UK economy going forward, but, disappointingly, the current property crisis doesn’t seem to feature very heavily. It says a lot when the most traction leading up to this Budget has been gained by a petition started by a member of the UK public, not the Government themselves. 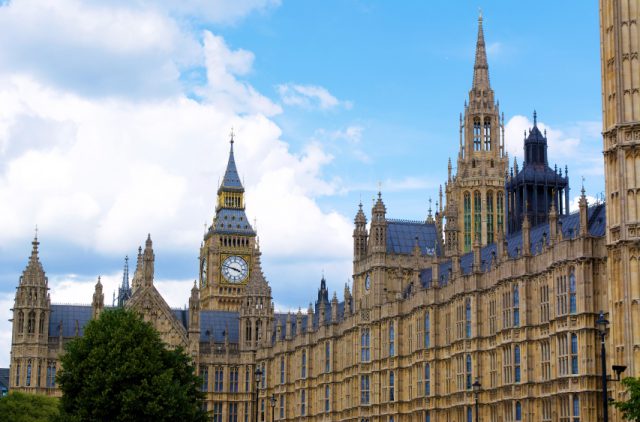 “We wait in hope that Mr. Hammond is keeping his cards close to his chest and that he has something up his sleeve for UK buyers, in particular. That said, based on the initial handover of the baton from his predecessor George Osborne, it would seem the head-in-the-sand mentality remains prevalent within this Government where the UK property market is concerned.”

He adds: “As we have come to expect from politicos, much of the property flavour of Wednesday’s Budget is likely to be regurgitated announcements that they hope will continue to grab a headline or two despite being old news. It is this kind of initiative recycling that we saw in the recent Housing White Paper and is seemingly housing market de-rigueur these days.”

He looks into the different areas that may be brought up in tomorrow’s Spring Budget:

“It is looking likely that a slight reprieve to the top end of the market where Stamp Duty tax is concerned may be the only real implementation of something new. The UK market has remained strong through testing times since the last Budget, but the high-end sector has taken a real kicking where buyer demand is concerned. Whilst the Government is making more in Stamp Duty tax on each sale, the sharp decline in transaction volumes above £1.5m have resulted in the Government actually making less money, and Mr. Hammond should adjust his housing policies based on this post-Brexit evidence.

“In light of this significant reduction in high-end transactions, there is a real danger of a trickle down issue within the market in that, if buyers of £1.5m+ homes are disincentivised, then they won’t sell to begin with. This then congests the market at the £1m bracket and so on, preventing homeowners at all stages progressing up the ladder.

“This Government is a Conservative Government and should be promoting aspiration rather than penalising it, and they must realise those that have attained the ability to buy a six-figure home are no longer the property elite in their luxury mansions, but the average family in many London areas. It is time the Chancellor understood this and the mechanics of the fragmented UK market in order to make a meaningful change to aid them.”

“What he needs to do is turn Stamp Duty on its head or eradicate it altogether. It is an archaic tax introduced to help fund a war against France many moons ago. Now that the Anglo-French relations are back on good(ish) terms, the anti-homeowner tax only heightens the mountain faced by aspiring UK buyers when trying to get on the ladder.

“Pivoting Stamp Duty so that it is paid by the seller would assist those beleaguered first time buyers, particularly those in the South East, who currently pay nearly £6,000 just for permission to jump onto the housing ladder in one of the UK’s most expensive areas.”

“Finally, as already mentioned, it is likely that a fresh set of bells and whistles will be added to an existing initiative to help first time buyers, probably via the Right to Buy initiative. Anything hailing from the ‘to buy’ family seems to materialise from the best intentions, but soon fade into insignificance when it comes to making an impact.

“Help to Buy has been woeful in addressing the housing crisis and, if anything, has helped to fuel demand in a supply constricted environment, which in turn has pushed prices further out of reach from would-be buyers. Now it would seem councils are also being skittish, to say the least, when it comes to the transparency around how many homes they are actually building with Right to Buy money.”

What do you want to see in tomorrow’s Spring Budget announcement?