House prices will rise more slowly next year than this year, according to a poll of property experts.

The study also found that interest rates would have to hit 3% before having a serious effect on the market.

The poll of 22 property experts taken in the last week suggests that house prices will increase by 5% this year and 4% in the next two years. These predictions are similar to forecasts released three months ago. 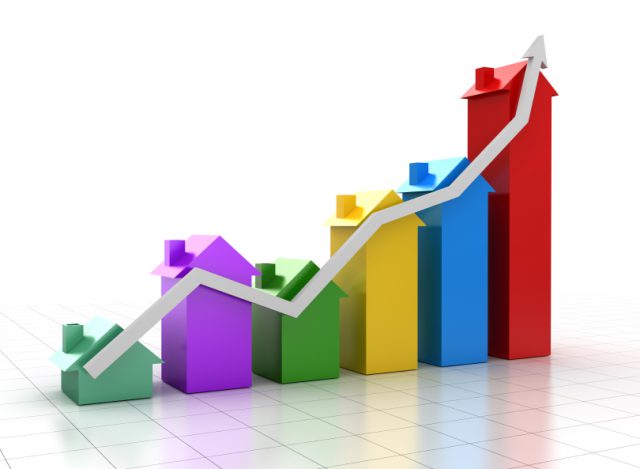 Matthew Pointon, of Capital Economics, states: “An acute shortage of homes for sale, coupled with a recovery in housing demand, as the labour market continues to strengthen, is putting upwards pressure on house prices.

“However, with interest rates set to rise gradually from next year, and house prices already at very high levels, gains in 2016 and 2017 will be far more modest.”1

Interest rates have sat at a record low of 0.5% since early 2009, and a recent study indicates that they will not rise until early next year. Even then, increases are expected to be gradual.

16 of 19 respondents said that the housing market is strong enough to endure higher interest rates, and most said the lending rate would need to hit 3% before having a detrimental impact, something that the experts don’t expect to happen until 2018 at least.

The Council of Mortgage Lender’s (CML) Bob Pannell says: “Small, gradual and anticipated interest rate rises, alongside decent GDP growth, are unlikely in themselves to derail the housing market.”1

Another indication that the housing market is in a solid position is the news that mortgage approvals reached the highest level in 17 months in July.

However, Rightmove has announced that the average asking price for a home in Greater London is now £606,826, more than double the national average of £292,284.

As the national average annual salary was £27,200 last year, London house prices are unaffordable, if not very unaffordable, to most.

Experts believe that on a scale from one to ten – one being very cheap, ten being very expensive – the average level of London house prices is nine. Nationally, they were rated seven.

Tony Williams, of Building Value, explains: “London is now significantly above its previous peak and a large part of a generation is priced out of the market. Across the country, this is markedly less true.”1