Following a strong start to 2020, the property market began to slow in February. The latest Agency Express Property Activity Index shows mixed activity across the UK.

Scotland sat at the top of this month’s leader board with new listings ‘For Sale’ at 20.9% and properties ‘Sold’ at 22.9%. This month’s figure is indeed buoyant, but historical data shows a greater level of activity in 2019.

There was a similar trend in London, which reported figures for properties ‘Sold’ at 22.5%. This marks the largest increase for the month since 2017. However, the greatest decline in this month’s index was also recorded in the capital. Following a bounce in activity during January, month on month figures for new listings in the capital fell to -10.4% and to -17.5% over a three-month rolling period.

“Nevertheless, we have seen a resurgence in activity when compared to the back end of last year, which leaves us in good stead for forthcoming months.” 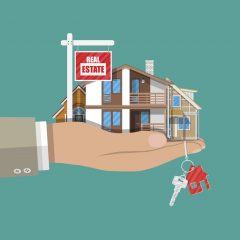