Prime London experienced a boom in lettings in the first quarter (Q1) of the year, according to the latest Prime London Lettings Index from Knight Frank, covering April.

In prime central London, the average rent increased by 0.6% in the year to April, while prices dropped by 0.2% on a quarterly basis.

Meanwhile, in prime outer London, the average rent price rose by 0.4% in the 12 months to April and increased by 0.2% on the previous quarter.

The number of tenancies agreed and new prospective tenants registering in Q1 was the highest in five years in both prime central and prime outer London. While pent-up demand has built in the sales market in recent months, Brexit-related uncertainty in early 2019 has also boosted lettings demand, found the estate agent.

Both sale and lettings listings saw large spikes over the past year. This volatility reflects how some landlords attempted to sell their properties in response to higher taxes, but have returned to the lettings market after failing to achieve their asking prices.

The number of new prospective tenants for properties let at £5,000+ per week reached its second highest level in Q1, while the amount of viewings was at the strongest ever level. Despite a five-year high for £20m+ sales last year, political uncertainty has also boosted demand in the high value lettings market.

For the same reason, the number of tenancies agreed for properties let at more than £5,000 per week in prime London in Q1 was 31 – the highest number on record for the first three months of the year, a traditionally less active period.

Knight Frank also reports that the London economy continues to prove resilient, despite the political backdrop of Brexit. In addition to record levels of employment and strong office take-up numbers, the pipeline of companies looking for office space in central London has grown notably in the past 12 months. 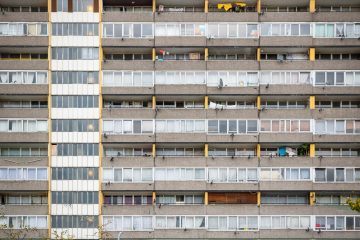