A notable rise in middle-aged renters has been recorded by property developers and letting agents alike.

Rising UK house prices have left many middle-aged renters unable to afford to buy, or stuck in rental housing after a relationship breakdown. This means that significantly more middle-aged households are now renting from private landlords than they were a few years ago.

Given that there is such a focus on supporting young first time buyers into homeownership, many middle-aged renters now risk being ignored, which may partly explain why professional landlord Grainger has seen a notable rise in the number of people in their 30s and 40s embracing renting.

Helen Gordon, the Head of Grainger, says that her firm has noticed an increase in the amount of middle-aged renters aged between 35-44, especially in London.

“That is partly because our flats are seen as an attractive alternative to people priced off the housing ladder,” she believes. “But there has also been a mindset change in society: not everyone feels the need to own anymore.”

In addition, research commissioned by Intus Lettings earlier this year found that there had been a 15% rise in the number of people aged 35-54 renting their homes in the past three years, as middle-aged renters struggle to get a mortgage.

The study also revealed that less than a fifth of tenants aged 55+ believe that they will ever be able to afford to buy their own homes.

Reasons included general affordability and problems getting a mortgage, due to age.

Hope McKendrick, the Lettings Manager at Intus Lettings, commented: “With the cost of rent rising faster than wages, it’s no surprise that an increasing number of people find themselves unable to save up for a deposit to buy a home well into their 40s, 50s and beyond.

“The survey results revealing that a large proportion of older renters don’t believe they’ll ever be able to buy a home is a particularly worrying trend, as only around one-in-five middle-aged tenants feel renting actually suits their lifestyle.”

She added: “Given that nearly half of renters aged between 35-54 live with their children, the pressures can mean added stress for parents and families.” 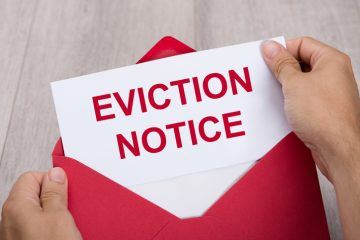 Homeowner possessions in 2018 dropped to the lowest level seen since 1980, according to the latest Mortgage Arrears and Possessions …

Private tenants can now have their rent payment history matched with mortgage criteri...