A no-deal Brexit could be worse for the UK property market than the recession of recent years, according to a warning by the Governor of the Bank of England (BoE), Mark Carney.

Property investment platform British Pearl believes that house prices in London’s commuter belt will be hardest hit in the event of a no-deal Brexit, as it is home to some of the most polarised property markets in the country.

Places like Stevenage, Watford and Hastings are braced to feel the full brunt of a no-deal Brexit, because the price gap between flats and houses are among the greatest in Britain, and have widened the fastest, the research shows. 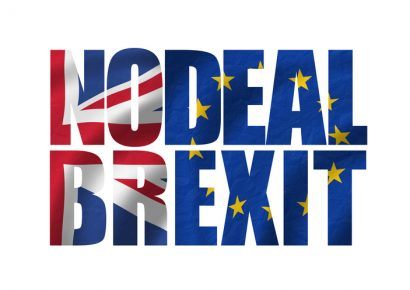 Landlords and buyers are always keen to avoid speculative bubbles and over-heating local housing markets, due to the obvious risk that house prices can collapse further and faster in a price correction.

The combination of these two measures makes the Hertfordshire town the most polarised property market in Britain, followed by Watford, Bedfordshire and Hastings, East Sussex.

The warning comes after BoE Governor Mark Carney warned that a no-deal Brexit could send the pound plunging and trigger a worse recession than the financial crisis.

The prospects for rapid depreciation in Britain vary massively between areas. British Pearl used the two measures used above to rank the UK’s towns and cities, to identify where investors and buyers would be more likely to see a market cooling result in prices falling back down to earth more rapidly.

The findings will serve as a warning to landlords, homeowners, first time buyers and property investors, who won’t want to risk placing big bets on markets where the gaps between different steps on the housing ladder have grown most dramatically ahead of Brexit.

The average difference in price across the UK is currently 50.6%, which has grown by 24.2% in the last five years.

At the other end of the spectrum was Doncaster, where the average price of a detached house was 140.6% more than the average flat, while the gap between prices over the past five years rose by just 18.4%.

James Newbery, the Investment Manager at British Pearl, says: “Parts of the UK property market have made considerable gains, and the relative value of homes in different price bands now poses a serious risk to homeowners and investors in the run-up to March 2019.

“The fallout from no-deal is most likely to be felt hardest in the capital’s commuter belt, where markets have moved too far and too fast. That is bad news for both ordinary investors and homeowners, particularly those who have borrowed to make their purchase.”

He adds: “However, the study also shows being diligent about the area you buy in can help you avoid these increased risks, with huge variations being seen in this polarisation measure across the country.”