The new Housing Minister, Gavin Barwell, has spoken out in support of renters who require longer tenancies.

Responding to a question from the Conservative MP for Solihull, Julian Knight, in a Department for Communities and Local Government debate last week, Barwell said that he is taking steps to ensure that those looking for longer tenancies can get them.

“My department has developed a model tenancy agreement for use by landlords and tenants in the private rented sector, which encourages longer-term tenancies for those who want them,” he explained. “We are working with the sector to actively promote the use of this and to identify any barriers.”

He continued: “We have also established a working group, focussed on affordability and security in the private rented sector, which will look at what more we can do to help people who require longer tenancies to get them.”

During the session, Baroness Hayter of Kentish Town also addressed the issue of redress schemes for landlords of leasehold properties.

She asked the department whether it plans to extend the requirements of the Consumers, Estate Agents and Redress Act 2007 and the Enterprise and Regulatory Reform Act 2013 to require landlords of leasehold properties to belong to a redress scheme.

Lord Bourne of Aberystwyth responded: “The Government is not persuaded that more burdensome approaches to regulate landlords would be effective. Leaseholders in dispute with their landlord can apply to the First-tier Tribunal (Property Chamber) in England and the Leasehold Valuation Tribunal in Wales to seek redress.

“The Government is extending leaseholders’ access to redress by including provisions in the Housing and Planning Act 2016 that will address an irregularity concerning the inability of courts and tribunals to restrict recovery of a landlord’s legal costs from leaseholders as administrative charges, where they consider a restriction on recovery to be just and equitable. The Government plans to introduce related secondary legislation by summer 2017.”

Do you believe that the Government should be working towards longer tenancies for renters? In addition, should landlords of leasehold properties be required to join a redress scheme?

The Housing Minister, Gavin Barwell, has reinforced the Government’s efforts to tackle rogue landlords. Following questions from Jon Trickett, the … 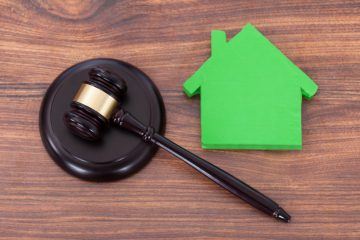 The Housing Minister, Gavin Barwell, has reinforced the Government’s efforts to tac...