New Government must do more to improve buy-to-let

Britain is still reeling from the result of the General Election, with the Conservatives hoping that the DUP will prop up their majority share.

There are now calls for the Government to reverse existing tax policies, to increase badly needed housing supply in the rental market. In addition, this will give existing and would-be investors more of a reason to invest in the sector.

The so-called anti-landlord policies imposed by the Conservative Government have certainly had a negative impact on private landlords – particularly those with smaller portfolios.

In turn, they have deterred many landlords from investing further, with buy-to-let valuation activity on the decline.

The most recent report from Connells Survey & Valuation indicates that the proportion of buy-to-let valuations during April stood at 6% under the five-year average for the month.

What’s more, the percentage of valuation activity undertaken in the buy-to-let sector slipped from 11% in April 2016 to only 7% in April 2017. This fall can be largely attributed to alterations to mortgage interest tax relief.

Combined with the 3% Stamp Duty surcharge, it is little surprise to see valuations falling. 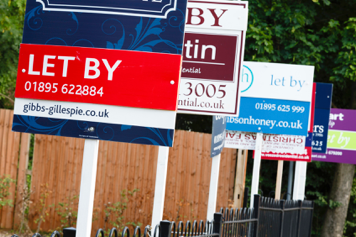 New Government must do more to improve buy-to-let

With the new Government starting to take shape, Carol Pawsey, lettings director at Kinleigh Folkard & Hayward, believes that the focus should firmly be on improving the private rental sector.

Pawsey said: ‘The new government, however it is compiled, needs to ensure we have a balanced private rental sector that attracts investors and landlords to the market while looking after the long-term interests of the increasing number of tenants looking for quality long-term rental homes.’[1]