The new Crossrail line will offer much better transport options for commuters travelling to Paddington station. For the first time, there were will be direct links to the West End and City.

Between Paddington and Oxford there are eight commuter options within a 60-minute journey time. They include Berkshire villages and great parts of Oxford, where a new station opens north of the city this autumn.

New research from Savills estate agent uncovers which areas are the best value for money and where property is performing most strongly.

Here are the top areas to look at:

Reading isn’t exactly the idyllic countryside setting that commuters are looking for, but the 26-minute journey cannot be argued with.

From 2018, Reading will also be on the Crossrail line. For commuters sticking to the Great Western mainline, once electrification is complete, they will also get a faster commute.

Managing Director of Parkers estate agents, Craig Pearson, says that the market in the town centre has “gone ballistic” due to the imminent transport improvements.

“Virtually every one and two-bedroom flat is being snapped up by an investor for buy-to-let,” he observes. “A standard one-bedroom flat now costs about £225,000; £25,000 more than it did in January.”1

Families moving to Reading search in the suburbs for good schools and houses with gardens. Maiden Erlegh School is rated good by Ofsted and is popular. 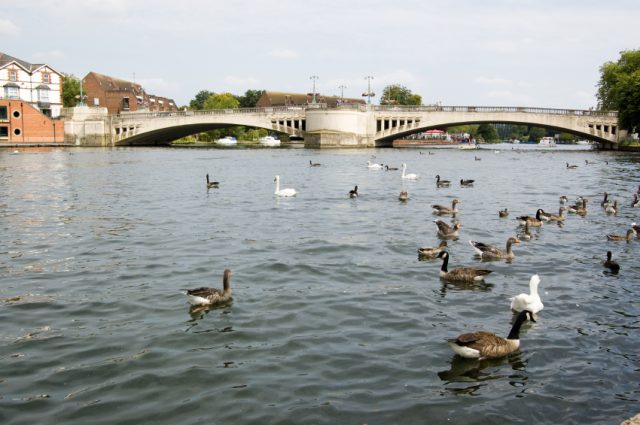 The most appealing homes in Reading are in the villages around the town. A partner at Knight Frank, Matthew Mannall, recommends Stoke Row, which features brick-and-flint houses and cottages, and is eight miles from the station.

He says: “It has a thriving community with a village shop, a post office, primary school and reputable restaurant The Crooked Billet.”1

The Crooked Billet is where actress Kate Winslet celebrated her first marriage to Jim Threapleton in 1998.

Goring & Streatley station is 53 minutes from Paddington with an annual season ticket costing £4,188. Along this line, the area has the highest average property prices of £546,923.

Of all the areas researched, Goring has also witnessed the strongest price growth, up 16.6% in the last year and 17.9% since 2007.

Director of Davis Tate estate agents, James Elliott, says that the villages of Goring and Streatley, which are separated by the Thames, boasts countryside and National Trust properties, such as Lardon Chase. The Chilterns and North Wessex Downs are also nearby.

However, Londoners moving to the area should be cautious – they can no longer buy a period property with a big garden for £500,000. Buyers should expect to pay around £400,000 for a three-bedroom post-war terrace house. Some older homes are priced between £1.5-£2m.

Oxford just squeezes into the 60-minute journey category. Trains to Paddington take 57 minutes and an annual season ticket is £4,788.

This means that there is little affordable housing available, especially within walking distance to the station.

Director of Savills, Simon Lawton, says that a two-bedroom cottage in Jericho has now hit £550,000-£650,000. There is also a shortage of larger homes.

For those looking for smaller properties, Grandpont and Osney offer Victorian terraces within walking distance of the station. A two-bedroom cottage costs around £500,000.

North Oxford is the wealthier part of the city, with four-bedroom houses costing from £1.5m.

A new station will open north of Oxford at Water Eaton this autumn. Services to Marylebone will take 58 minutes and a four-bedroom home in nearby Kidlington costs about £500,000.

Lawton says: “The new station will make Oxford much more doable for many more people. It is very good news.”1