House prices have slowed yet again, according to the November House Price Index from Nationwide.

House price growth in line with 2015

The Chief Economist at Nationwide, Robert Gardner, explains the figures: “UK house prices increased by 0.1% in November, after taking account of seasonal factors. As a result, the annual rate of house price growth slowed slightly to 4.4%, from 4.6% in October, though this is in line with the growth rates prevailing since early 2015. 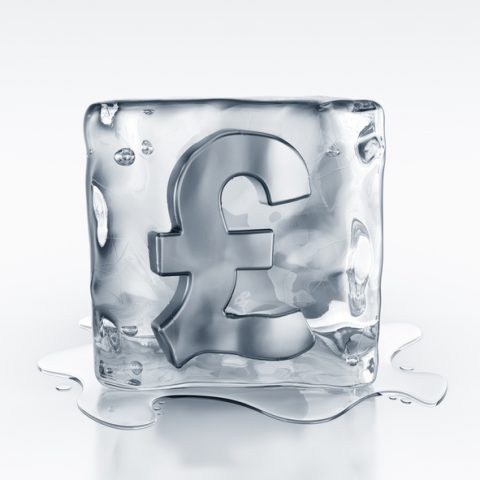 “There are some signs that, despite the uncertain economic outlook, demand conditions have strengthened a little in recent months, reflecting the impact of solid labour market conditions and historically low borrowing costs. Mortgage approvals increased in October, and surveyors report that new buyer enquiries have increased modestly.

“The relatively low number of homes on the market and modest rates of housing construction are likely to keep the demand/supply balance fairly tight in the quarters ahead, even if economic conditions weaken, as most forecasters expect.”

Gardner looks at the mortgage market: “Fixed rate mortgages have remained the most popular product type by a considerable margin in recent years. Data from the Council of Mortgage Lenders suggests that over 90% of new mortgages were contracted on fixed rates over the past 12 months. This may be driven by a desire to lock in record low interest rates.

He continues: “Fixed rate deals are most popular amongst first time buyers, for whom certainty over monthly payments is likely to be particularly important. Indeed, over the past 12 months, 95% of new mortgage lending to first time buyers was on fixed rates.

“Borrowers taking out fixed rate mortgages have benefitted from historically low interest rates. For example, in October, the average two-year fixed rate (for those with a 25% deposit) was 1.51% – over two percentage points below the level prevailing in 2012. Moreover, for borrowers with a 10% deposit, two-year fixed rates are currently the lowest on record, at 2.42%.”

The Founder and CEO of online estate agent eMoov.co.uk, Russell Quirk, responds to the latest house prices report: “It would seem that UK buyers are setting a tentative first foot out of their post-Brexit foxholes with a modest increase in new buyer enquiries, just as home sellers, who have remained prominent in the market all year, decide to avoid this seasonal property cold snap and go into hibernation until 2017.

“The UK property market has really taken a battering from a multitude of influences this year, causing uncertainty in the sector, and it has weathered the storm, with prices still maintaining their upward trend this late in the year, albeit slowing the pace.”

He adds: “However, just like the current temperatures, the market will now see stock levels plummet as many choose to put their sale on hold over the festive season and resume their marketing in the New Year. We expect this might see a drop in prices at the last hurdle for 2016 in the December index, although this will be far from unusual and nothing to panic over.”