A national landlord register for the private rental sector in England was potentially on the cards at the beginning of the year, but the Government has now rejected the proposal.

The report stated: “Central Government should consider introducing a national landlord registration scheme, which would support and complement selective licensing schemes by making it easier for local authorities to identify the majority of landlords in their area.

“Whilst this would not completely remove the need for data matching and other exercises to find unregistered landlords, it would help local authorities to build a much better picture of the private rented sector in their areas and reduce the resources needed to start a new scheme.”

Baroness Thornhill submitted a Written Question to Her Majesty’s Government to ask what assessment has been made of the report.

Viscount Younger Leckie, on behalf of the Government, responded: “A detailed assessment of this report has not been made. This Government commissioned an independent review into selective licensing which was published on 25th June 2019 and the recommendations are currently being reviewed.

“This Government has no current plans to introduce a national landlord register, which could place an additional regulatory burden on landlords. This Government is committed to improving the private rented sector by driving out criminal landlords and landlords who consistently neglect their responsibilities to provide safe and decent accommodation.

“Local authorities currently have a wide range of powers available to them including banning orders for the worst offenders, civil penalties of up to £30,000 and a database of rogue landlords and property agents targeted at the worst persistent and criminal offenders.”

David Cox, Chief Executive ARLA Propertymark has shared his comments: “Licensing does not work. Licensing has never worked and never will work. Newham have done 1,200 prosecutions, or 240 a year, out of 47,000 properties.

“If that is what is classed as success—and it is classed across the industry as the most successful licensing scheme in the country—really what does that say? It is pitiful.

Only 5% of private rental households in England have received government help with funding energy efficiency measures. The National Residential Landlords … 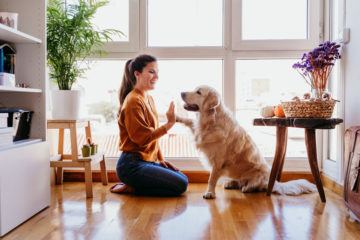 Research into landlords allowing pets in their rental properties has revealed the most animal-friendly area in England for tenants. Intus …

Only 5% of private rental households in England have received government help wi...

Research into landlords allowing pets in their rental properties has revealed the mos...