New research from Armistead Property has revealed that Manchester remains one of the top 10 places in the UK for rental growth.

Average yields in the city were found to total nearly 9%.

The top postcode area in terms in rental yields in the region was M6, which covers Pendleton, Claremont, Langworthy and Salford. Rental yields here average at 8.84%, with typical monthly rents of £1,034.

With this postcode area situated close to the middle of Manchester and the University of Salford, this postcode region is popular with students and young professionals.

The M14 postcode area, covering Moss Side, Rusholme and Fallowfield, sees average rents of just over 8%. Once again, this postcode is popular with students-due to its close proximity to the University of Manchester campus.

Other postcode regions of the city offering good returns are M5 and M38, offering returns of 8% and 7% respectively.

Peter Armistead, Director of Armistead Property, observed: ‘Manchester has undergone a revival following significant investment, which has funded major regeneration and brought new jobs to the powerhouse of the North. Manchester has seen £800 million invested in the Airport City, £235 million for the Sir Henry Royce Institute for Advanced Materials and The Factory, with £110 million dedicated to the arts. Employment in the city is forecast to get an additional boost, with expected growth of 3.8% between 2015 and 2020.’[1]

‘It’s no surprise that both UK and international investors are queuing up to purchase BTL property.  Manchester beats London hands down on affordable property prices. Over the last three years, 45% of residential sales across the city were completed for less than £125,000. Manchester also offers much better rental yields, with between 8-9% in some postcodes, compared with an average of 4-6% in London,’ he continued.[1] 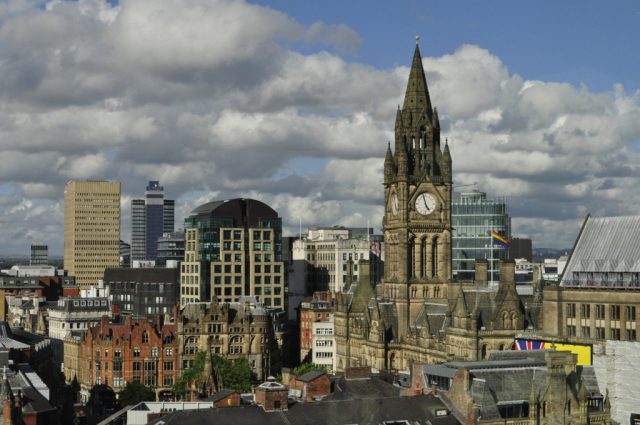 Moving on, Mr Armistead noted that, ‘There has been a surge in demand for rental accommodation with increasing numbers of students and young professionals working, or studying in the City. Manchester’s population is growing and is expected to surpass three million by 2035.’

‘The housing market in being bolstered by a major regeneraton north east of Victoria station, where 8,000 new homes are being built over the next 10-15 years. There’s also a £1bn plan for another 8,000 homes, including the conversion of the Murrays’ Mills and a further 3,000 homes on the former ITV Granada studios at St John’s Quarter,’ he concluded.[1]