The report has been authored by economics consultancy Capital Economics and commissioned by the National Residential Landlords Association (NRLA). It reveals the stark shortage in the supply of rented homes across London. These conclusions are based on government targets which state that 340,000 homes a year must be built across the UK by the middle of this decade to meet future demand.

Capital Economics reports if owner-occupied and social rented homes in the UK continue at their ten-year average rate of growth, private rented sector supply would have to increase by 227,000 properties per year to meet government targets.

It says growth on this level is also needed if supply is to meet the needs of an anticipated 1.8 million new households over the next ten years. In the case of London, the capital would require approximately 83,000 new rental properties a year over the next decade.

The projections come as government figures show that the supply of private rented housing in London has fallen by 85,000 over the past five years.

Given that renting privately is often the first step young people take when they need to leave home or university, demand will only increase.  The 15-24 cohort in London is forecast to grow between now and 2030 by over 120,000 (almost 12%).

Additional survey data by the research consultancy BVA-BDRC suggests that in Central London 74% of private landlords saw an increase in the demand for rental homes in Q4 2021. This was up from the 54% figure revealed by BVA/BDRC’s Q3 2021 research.

Capital Economics says the Treasury needs to encourage investment in the sector to meet housing targets. It argues greater investment would support the provision of new housing, increasing the rate of new builds and switching commercial property to residential use. The report also points to the contribution the sector can make in moving stock from short term to long term lets and bringing empty homes back into use.

Ben Beadle, Chief Executive of the NRLA, comments: “As the demand for private rental properties picks up following the pandemic, renters across the capital will struggle to find the homes they need and want. For all the efforts to support homeownership, the private rented sector has a vital role to play in housing so many Londoners.

“Today’s analysis demonstrates the folly of the mayor’s calls for rent controls in the capital, a policy which would serve only to freeze investment in the very homes renters need.” 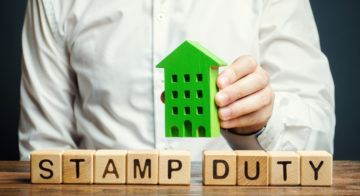 Scrapping the Stamp Duty levy on the purchase of homes to rent out could lead to a £...