Landlords in the Midlands have been issued a warning that they must adhere to new laws or face not being able to rent out their property.

Under the new regulations, landlords will be encouraged to go green and improve their property’s energy efficiency rating. Energy expert Ron Fox warns that if landlords do not heed the warning, one in ten buy-to-let properties could be unavailable to let in just five years time.

The new legislation will see all properties with either an F or G energy rating being unable to be rented out from April 2018. In addition, landlords will be unavailable to refuse reasonable requests for energy efficiency improvements to their property from April 2016. These measures could include providing loft insulation.[1]

A recent questionnaire from the English Housing Survey stated that just over 11% of homes in the private rented sector were rated as either an F or G. This figure was in comparison to just 2% of local authority properties, 1.6% of housing association properties and 8.2% of owner-occupied homes.[1]

Mr Fox believes that landlords should look to the future in order to save valuable money: “Landlords should plan ahead now to turn their properties green and to save more money.”

He continued by saying: “The Government has made it clear that there will be consequences for those who do not improve the energy efficiency of their properties voluntarily.”[1]

Latest figures indicate that the buy-to-let market has continued to grow. Buy-to-let investors borrowed £16.4 billion last year, an increase of 19% on the last 12 months. The total number of buy-to-let mortgages left outstanding at the end of last year totalled 1.45 million.[1]

The National Landlords Association (NLA) has also introduced a scheme to ensure energy improvements are carried out. Similar to the Government’s Green Deal, the NLA scheme will see all energy improvements paid for by a loan, supplemented by the property’s energy bill.

Mr Fox stated: “Up to 60% of heat lost in a home is through the roof and the walls.” As a result, he believes that “landlords should start by spray-foaming the attic with the environmentally friendly Icynene Insulation System which reduces heating bills by up to 50% and saves up to £600 a year.”[1]

It’s well known that old boilers can become temperamental and unreliable. If you’re looking to make improvements to your rental … 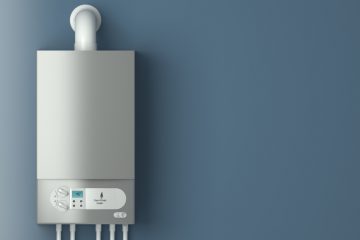 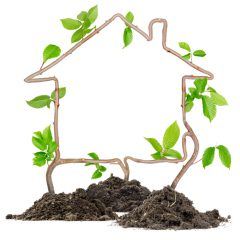 A new report from online letting agent PropertyLetByUs.com claims that a third of private tenants are paying for energy efficiency …

Government Should be Helping Landlords with Energy Efficiency, Says Investor

It’s well known that old boilers can become temperamental and unreliable. If you’...

Landlords may soon have to consider getting a new boiler for their properties as part...

A new report from online letting agent PropertyLetByUs.com claims that a third of pri...