Number of Landlords Selling in London 125% Higher than National Average

The number of landlords selling their properties in London in February was 125% higher than the national average, according to research by the ARLA Propertymark (the Association of Residential Letting Agents).

Landlords have faced continued legislative change, coupled with increasing costs, over the past few years, with many either having to pass the costs onto tenants or exit the market.

In February, London reported the highest number of landlords selling up, with ARLA Propertymark member letting agents reporting nine buy-to-let properties being marketed for sale per branch, compared to the national average of four.

David Cox, the Chief Executive of ARLA Propertymark, comments on the finding: “Back in December, more than three quarters (78%) of ARLA Propertymark members predicted that the number of landlords operating in the private rented sector would decline this year, as they are driven out by rising costs. This trend is snowballing in London, where, due to the capital’s higher costs, landlords are struggling to make ends meet. This means tenants will continue bearing the brunt, as competition for good quality properties increases, and rent costs rise.”

Although the report showed that, nationally, the amount of landlords leaving the market has risen, the new figures show that the situation is worsening in London, in particular.

ARLA Propertymark is disappointed in the Government for failing to deliver solutions to increasing supply in the private rental sector in the recent Spring Statement. It insists that it warned the Government that tenants would face rent rises, due to landlords leaving the market, and that the situation will only deteriorate if it fails to act now. 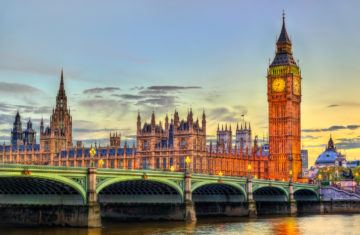