Landlords are expecting annual rent growth to slow to 1.7% by 2016, down from the current rate of 3.7%, found a recent sentiment study.

However, a quarter of investors want to buy more properties this year and 60% believe now to be a good time to invest in the buy-to-let market, the research from Your Move and Reeds Rains found.1

The survey indicates that after the latest surge in rent growth, landlords predict rent rises will slow in the next year to a steadier rate.

The latest buy-to-let index from Your Move and Reeds Rains found that average residential rents in the UK rose by 3.7% in the year to March 2015, making it the fastest pace for two years.1 But this is likely to change.

The amount of landlords who will not increase their rents in the next 12 months has risen from 56% in September 2014 to 60% at present. Just 40% plan to set their rent prices higher before March 2016.

The study also revealed that in the past six months, 45% of landlords have seen a growth in tenant demand, from 41% in September 2014. There has been an upsurge in lettings activity recently, as new tenancy agreements in England and Wales rose 6.9% in the month to March 2015.

As a consequence, the number of landlords predicting a further rise in tenant demand is now 63%, up from 56% in January 2014. Just 3% of landlords current expect private rental demand to drop in the next two years. 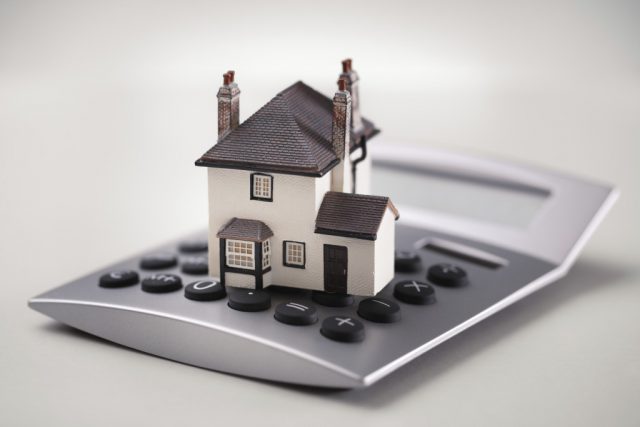 The high demand for rental accommodation is pushing landlords to invest further into the market. 60% think now is a good time to invest in buy-to-let, up from 54% in September 2014.

The main cause for this confidence boost is that buy-to-let provides better capital returns than other types of investment, noted by the 54% of landlords who believe it to be the perfect time to buy a rental home. 40% of investors think now is a good time because of market conditions, which mean property prices are lower and growth has steadied.

18% of landlords have increased their property portfolios in the past year, and another quarter plan to buy another in the next 12 months, a rise from 22% in September 2014.

Director of Your Move and Reeds Rains, Adrian Gill says that demand for rental property is not going to decline: “First time buyers have been thrown a lot of floating aids in the past year, most recently the reform of Stamp Duty and Help to Buy Isa, but the private rented sector is still vital in plugging a hole until more households can get their finances above water.”

He says that saving a deposit is like swimming against the tide and savings rates are sinking. Furthermore, others depend on the flexibility of the rental sector for their careers.

“This supply-demand imbalance has previously caused a strong tide of rent rises, but this looks set to ebb away to calmer levels with a fresh fleet of rental properties on the horizon,” he says.

Gill explains that competition for homes to rent is providing strong returns and protecting landlords from the insecurity of void periods, which offers peace of mind concerning income.

He says: “And with house price growth consistently cruising forward and propelling longer term capital gains, awareness of buy-to-let as an alternative investment to other mainstream assets has soared. The current divergence between yields and interest rates places buy-to-let head and shoulders above the low returns on other asset classes.

“Existing landlords have certainly caught the buy-to-let bug, and with extensive reforms to pension annuities now in place, investment is cropping up from new players too.”

Of the landlords trying to raise mortgage funds in the past year, 14% think it is now easier to secure finance than a year ago. This rose from 8% in September 2014. As record low interest rates keep mortgage rates down, 21% of landlords put the availability of cheap finance high on the list of incentives to buy rental properties. This increased from just 11% in the third quarter (Q3) of 2014.

Yields on buy-to-let properties are a key driver for initial investment, but for most landlords (62%), the most important factor in renting out a home is to have trustworthy tenants. The second motive is to have tenants that pay their rent on time, say 25% of landlords.

Gaining the highest possible rental returns was ranked bottom of investors’ priorities, being the most important for only 4% of respondents.

For those planning to increase rents in the next 12 months, 43% say their main motivation is to cover the cost of inflation. The second most important reason is to pay for maintenance work, revealed 35%.

Approaching the general election, 41% of landlords do not support plans for banning fees charged to tenants, with just 32% backing the proposals. For those not supporting the abolishment of fees, 61% are concerned that renters with unstable finances will be able to rent homes they cannot afford.

Additionally, 25% of landlords fear that tenants would move house more often, as they won’t have to pay one-off tenancy fees. Landlords would therefore have less stability and potentially more void periods.

36% of investors prefer the maximum length of a tenancy to be one year.

Britain’s biggest landlord has sold around half of his buy-to-let portfolio in the past year, claiming that the age of …

Britain’s biggest landlord has sold around half of his buy-to-let portfolio in the ...