Almost nine out of ten (87%) landlords who take tenants on housing benefit have had issues with rent not being paid on time, with one in ten (11%), claiming that they have had these tenants stop paying rent completely.

These results have surfaced due to a survey of over 1,000 landlords in the UK, carried out by flat and house share website SpareRoom. Of all respondents, more than half (59%) specified no housing benefit tenants in their advertisements.

These results aren’t shocking, taking into account that most of buy-to-let landlords (86%) surveyed are against the change in the benefit system, which automatically pays Local Housing Allowance (LHA) directly to the tenant.

This change came into force in 2008, and 51% of the landlords that take tenants on housing benefit said that rent issues had arisen since that point.

In the survey, landlords were asked why they would not rent out their property to housing benefit tenants. Almost one-third (30%) claimed that non-benefit tenants are more reliable, and almost half (47%) said they did not want the bother of dealing with payment issues.

According to the research, problems caused by tenants on housing benefit include: late payments; not paying at all; issues arising from the suspension of benefit payments; and damage to the property. Over half (58%) of respondents said that they experienced more than one of these issues.

The amount of landlords who would not take a tenant on housing benefit, even if the tenant has a guarantor, was a huge three-quarters (74%).

One-third (34%) of the landlords surveyed do currently have housing benefit tenants in one or more of their properties, and an additional 45% said that they had previously accepted these tenants.

Director of SpareRoom, Matt Hutchinson, says: “It’s clear from this survey that a shake-up of the current system of paying housing benefit to the tenant is desperately needed, and reverting back to the old structure, where landlords could receive rental payments directly from the council, would be a step in the right direction.”1

New figures have revealed that private landlords received around £9.3bn in housing benefit during the last year. This is double …

A new report has indicated that buy-to-let landlords are looking for tenants less likely to fall into rent arrears, following …

The Government’s new welfare system, Universal Credit, has been described as “shambolic” by landlords, with many saying they will now … 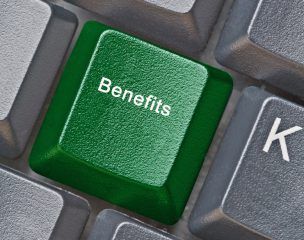 Yesterday, landlords and letting agents became subject to conducting immigration checks on tenants under the Right to Rent scheme. But …

Universal Credit has been out of the news for a while, but we are committed to informing you of any …

New figures have revealed that private landlords received around £9.3bn in housing b...

A new report has indicated that buy-to-let landlords are looking for tenants less lik...

The Government’s new welfare system, Universal Credit, has been described as “sha...