Landlords who haven’t signed up to Rent Smart Wales exposed

An investigation is underway after the personal details of hundreds of landlords who have not registered for Rent Smart Wales were revealed.

Rent Smart Wales contacted people who had started but not completed the registration process. However, the email address of all recipients could be seen in these messages.

Cardiff Council, which deals with Rent Smart Wales has said it is aware of the issue and will investigate thoroughly.

Many buy-to-let investors in the country could face hefty fines or even prosecution for failing to sign up.

Over two months have passed since the Rent Smart Wales scheme became law. However, it is estimated that thousands of private landlords in the country have not yet signed up to the scheme, meaning that they are letting out their properties illegally.

The email sent to landlords read: ‘We are writing this email to you as you have a started but not complete landlord registration with Rent Smart Wales.’[1]

Douglas Haig, director for Wales for the Residential Landlords Association, noted: ‘We have long been warning of the need for greater security around the Rent Smart scheme to prevent this kind of error occurring. With landlords and letting agents expected to register by law, they need to have the confidence that their personal details will be handled sensitively.’[1]

‘Whilst we are sure this was an innocent mistake and a simple case of human error, we would like to see measures put in place to ensure it cannot happen again,’ he continued.[1] 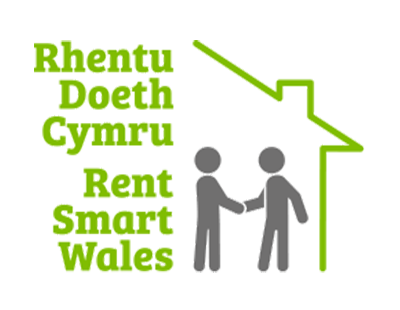 Landlords who haven’t signed up to Rent Smart Wales exposed

Landlords and letting agents were given until the 23rd November to comply with the new legislation, before it became an offence to let or manage a property without the sufficient licence.

Caroline Jones from Bruton Knowles, said: ‘The enforcement powers under Rent Smart Wales are now active. This means failure to comply with the legislation is an offence. However, we know of numerous cases of people living outside of Wales who had no idea on the new Rent Smart scheme. Our fear is that there are many landlords out there who are blissfully unaware of their legal obligation.’[1]

Continuing, Jones noted: ‘One final consideration is how will Rent Smart Wales enforce any fines on those who genuinely didn’t know they had to register. We can see a lot of resistance by those who will claim they didn’t know anything about the scheme.’[1]

‘Tenants who have any concerns about the conduct of their landlord or agent can report this via the Rent Smart Wales website, however we think an element of common sense should be employed if there are cases of owners located outside of Wales, having not signed up.’[1]