Landlords Caught on Camera by BBC Offering Sex for Rent

Two landlords have been caught on camera by the BBC offering sex for rent to prospective female tenants.

A BBC journalist, in an undercover sting, exposed the landlords, after they posted advertisements on Craigslist, seeking sexual favours in exchange for a free place to live.

The men, both from Bristol, offered to waive rent, cover bills and even pay expenses if they could sleep with a tenant half their age as often as once a week.

Shown on BBC Inside Out West, the investigation worked with the charity Safe Lives to expose the shocking way that sex for rent landlords are exploiting female tenants.

One landlord, called Mike, told the undercover reporter that she could have a designer two-bedroom flat with “everything provided”, as long as they were in a “friends with benefits relationship”.

He is recorded saying: “The room, the rent, all the bills, everything paid for. And I’ll even give you an allowance every week so that you feel that you’re looked after. The benefit is that you sleep with me once a week.”

After being exposed by the programme, Mike said that he was “pretending to be a landlord”, as part of research into the exploitation of women in the UK.

Another landlord, calling himself Tom, who is in his 60s, told reporter Rachel Stonehouse that she would receive free rent, gas, electric and wifi if she moved into his flat. Landlords Caught on Camera by BBC Offering Sex for Rent

She then asked him if they had to have sex, to which he replied: “I’m getting embarrassed now. Do what you want, and if you want to make love, make love. Give it a week or two if you’re not ready straightaway. But, at the end of the day, yes [sex is required].”

Tom refused to respond when he was told that the BBC was filming him.

One woman from Bristol told the show that she had been asked to partake in group sex to get her rent for free.

‘Everyone I spoke to just seemed a bit dangerous,” she said. “One guy expected me to sleep with him, but also having group sex with a lot of his friends. It’s not worth it, doing it for a bit of money.”

The programme exposed the range of adverts that have appeared online demanding similar arrangements of tenants. Offering sex for rent is illegal, but, in one online advert, a 35-year-old man asked for a picture of the tenant and offered a room for £1 in return for “female services”.

The advert read: “Hi! I’m a 35-year-old male, fairly good looking. I have my own house with a spare room available. I am looking for a female lodger, possibly rent free, depending on services offered. Please reply with pic and a bit about yourself, thanks.

“I have a high sex drive, and am very adventurous and have no limits. Therefore (and this has worked over the last year), I am thinking of a couple of evenings a week where you surrender to me. Sometimes I will not want anything but will to play with you. Sometimes we will play online together. Sometimes we will role play. One thing I can guarantee is you will be satisfied and it won’t be boring.

“You must like sex, and be adventurous as well. On the other nights of the week, we would be like any other people sharing a house. Please let me know what you think and let me know your limits and experience as well.”

Nikki Watson, the Assistant Chief Constable for Avon and Somerset Police, responds to the findings: “It’s worrying that, in this day and age, anyone believes it to be appropriate to advertise accommodation in return for sex. This appears to be an emerging issue, with incidents not being reported to police locally or nationally. I’m very concerned that vulnerable people could be exploited in these circumstances.

“I welcome debate on this issue, and would call for national coordination between the Ministry of Justice, Crown Prosecution Service and police to find a way forward. I would also call on classified ad providers to step up their processes to identify and reject such adverts.”

She adds: “Sexual exploitation is wrong, and I’d encourage anyone who has been affected by it, or who suspects someone is being subjected to it, to report it to the police.”

The Inside Out West show was first shown on BBC One on Monday 10th September at 7.30pm. It is now available through the BBC iPlayer. 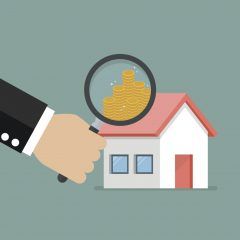