According to new research, buy-to-let landlords are to blame for the sharp decline in under-30-year-olds carrying out DIY work in their homes.

The firm says that spending by under-30s on DIY has fallen by a third since the mid-1990s. It blames the decrease on the rise of buy-to-let landlords.

These figures arrive as a report from Halifax shows that the average age at which people purchase their first home is still rising, with buyers having to take out longer mortgages in order to get on the property ladder.

MBNA’s Mark Elliott explains: “Generation rent is usually barred from making home improvements by clauses in their tenancy agreements. Although [overall] DIY spending has grown by 42% in real terms since 1996, an increase in the proportion of people renting in the UK could impact the sector’s growth in the future.” 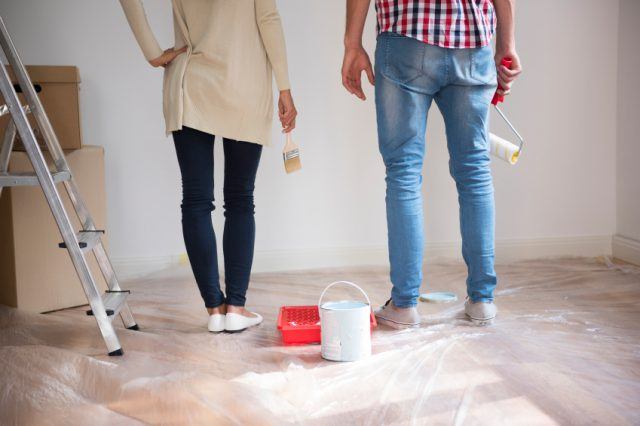 Based on spending trends among millions of credit card customers, under-30s’ spending on DIY has dropped by 32% since 1996, to an average of £108 per year. At the same time, 45-60-year-olds have increased their spending, to an average of £240 a year.

“Any further increases in the average age of first time buyers could impede the DIY sector’s future growth by narrowing the window in which most people undertake DIY tasks during their lives,”1 says Elliott.

The young adults who are able to get onto the property ladder have to stretch themselves much further with ever-longer mortgages, says Halifax.

As the average age of a first time buyer rises and the mortgage term is stretched, many will still be paying off their debt into retirement, warns the lender.

The research also highlights the huge deposits that young buyers now have to save. The average deposit size increased by 13% in 2015 to a huge £32,927.

“The generation rent report has repeatedly shown that raising a deposit has been the consistent barrier for the majority of would-be homeowners,” says Halifax. “However, the 2016 report tracks the emergence of high property prices being perceived as an increasingly large barrier to purchasing a first home (rising to 60% in 2016 compared with 52% in 2011). The average price of a first property is now £196,801, rising from £134,889 in 2010.”1

But the situation does not look set to improve. Figures from the Office for National Statistics show that the number of private rental homes has more than doubled in recent years, from 2.13m in 2001 to 4.74m in 2015. And prices in the private rental sector aren’t low either – the average two-bedroom property in London is forecast to cost £2,000 per month by September.