Alarming research has indicated that up to 7 million people will face difficulty in paying their mortgage costs if interest rates increase by just 1%.

According to a report from Ocean Finance, a rise of just a single percentage would see lenders with a variable rate mortgage have to find an extra £55 per month for every £100,000 owed. While a rise is not expected until the Spring of next year, the findings are likely to concern a vast number of lenders.[1]

Nearly 25% of borrowers said they had already moved onto a fixed-rate mortgage, with an additional 16% planning to follow suit in the near future. Furthermore, the increased demand on mortgage payments would see around 10% to think about selling their existing property [1] Spokesman for Ocean Finance, Gareth Shilton, said that, ‘it’s inevitable that interest rates will rise at some point, whether that happens in Spring next year or later in the year.’ Shilton feels that the rate is, ‘likely to be gradual and it may take a while to get to a 1% increase.’ However, he warns that, ‘every rent hike will have an impact on hard working families who are already struggling to make ends meet.’[1]

He went on to suggest that, ‘many people will feel like mortgage prisoners because their circumstances have changed since they took out their loan and they’ll understandably be concerned about what a potential interest rate rise means for them.’ Shilton says, ‘it’s important to understand that in most cases there are options, so it’s important that anyone who is concerned about a rate increase should seek advice on the best deal available to them.’[1] 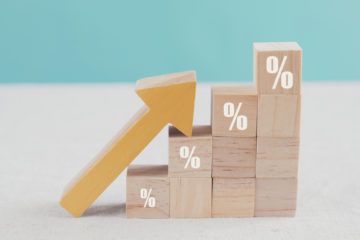 The Bank of England has announced that interest rates have been increased from 0.5% to 0.75%. The Bank’s Monetary Policy …

The Bank of England has announced that interest rates have been increased from 0.5% t...