Last August, the Bank of England’s (BoE) base rate was cut to a record low 0.25%, down from a previous all-time low of 0.5%, where it had remained for more than seven years. But will interest rates finally start to rise this year?

The prospect of an interest rate rise in 2017 has been in the media a lot lately, so will it happen?

Portico estate agent recently attended a talk by the Economics Editor of The Sunday Times, David Smith, who gave his expert view on when he expects interest rates to rise and by how much…

Firstly, he gave his thoughts on the long-term future of interest rates: “It’s a very timely question. We sometimes forget how unusual a period we’re in for interest rates. It is ten years since we had the last increase in interest rates, so we’ve been on these ultra-low rates for a very long time.

“The BoE reduced the bank rate to 0.5% in March 2009 and, until the financial crisis of 2008/9, the bank rate had never been below 2%. Of course, we saw the reduction to 0.25% in August following the referendum and, within that, we’ve also seen a narrowing of margins, so mortgage rates have come down quite a lot, even in a period where official interest rates stayed.”

So why is the subject of interest rates a timely question?

“It’s a timely question because just last Thursday, the BoE was the closest it has come to an interest rate rise for quite a long time. Three members of the eight-strong committee voted for an increase in interest rates.

“And they did so because they fear that the rising inflation that we’re seeing is proving to be a little powerful. The Bank expected inflation to peak below 3% and now I think it’ll go above 3%, so it might be a bit more enduring than they expected even a month or so ago. 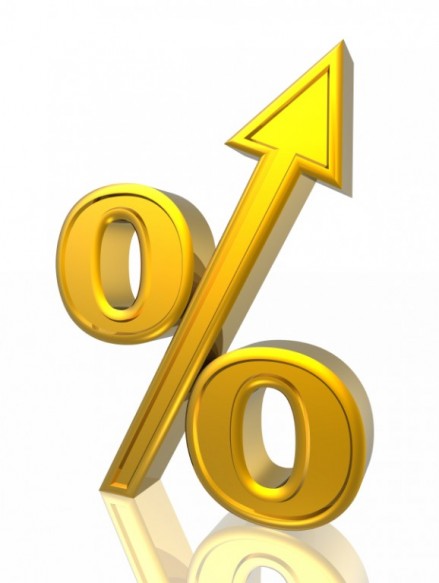 “The three officials who voted for an increase in interest rates were all external members of the embassy – in other words, they’re not the insiders like Mark Carney and his deputies, all of whom voted to keep interest rates on hold.”

Smith has one certain outlook for the near future: “I think it is quite likely that, in the coming months, at least one thing will happen: the emergency rate cover we had after the referendum will be reversed. It was responding to a danger that, in the end, wasn’t there. The economy didn’t fall off a cliff after the referendum – in fact, it held up very well, so I think the argument for reversing emergency rate cover is quite a strong one.”

So when does he think interest rates will rise?

He explains: “Look at the way the markets have interpreted the Bank’s vote; until recently, the expectation in the markets was that you wouldn’t see any increase in interest rates until beyond 2020. Now, the expectation is that it will be brought forward and we will probably see an interest rate rise next year – and it could come sooner than that. I envisage a situation where the cut in August last year will be reversed, maybe not as soon as August, but possibly by November this year.”

And what happens beyond that timeframe?

“Well, the guidance we’ve had from the Bank is that interest rate rises will be both gradual and limited. In other words, they will be done, as the Federal Reserve is doing in America, in baby steps, in a very gradual fashion.

“Where we’ll end up in terms of official interest rates, and, of course, you have to translate that into the interest rates that you actually pay, will be a new norm for bank rate of around 2%. I expect we won’t get there for two or three years, but that is the kind of guidance that we’ve had from the Bank of England. This compares with an average of 5% before the financial crisis, and it compares with an average of 12% we had in the 1980s.

“Despite it still being a low figure, it’s still quite an adjustment to move from 0.25% to 2%, even gradually, so it will mark quite a significant change for many people.”

Smith expands: “Once you get to 2%, I don’t see that we’re suddenly going to move back to the levels that scared us so much in the past. For the foreseeable future, I don’t think we’re going to see double figure interest rates; I think this low, single figure will be the norm, and I expect to see it throughout the 2020s.

“Something is starting to stir on interest rates that wasn’t necessarily expected and we will see a gradual move over the next few years up to 2%.”

In terms of buying property, what exactly does this mean?

He clarifies: “The rate increase will be slow and gradual over the next few years, when it eventually begins, so I don’t think anybody needs to react today. Plus, with the mortgage market still very competitive, the knock-on effect to rates available to purchasers will not be hard felt, at least not initially.

“That said, even a 0.25% increase can add a significant cost to a mortgage. For most people, the cost of living is already tight, so if you want to get a foot on the property ladder or make that significant step up, now is a great time to lock in a good rate.”

If you already own a property, Smith advises fixing your mortgage rate now: “I have had friends and colleagues who have stuck with a tracker mortgage under the belief that rates couldn’t increase in the short to medium-term. But this just isn’t true. Rates absolutely can rise, and they’re likely to, so if you have a great rate that is affordable to you and works with your circumstances, why not lock it in and have that peace of mind?

“Alternatively, if your current mortgage rate is coming to an end or you think you could get a better deal, consider remortgaging. But before you do, make sure you get your property re-valued. This will make your lender recalculate your loan-to-value, and a lower loan-to-value means a better interest rate and a larger choice of lenders.”

Will an increase in interest rates affect landlords or investors?

Smith says: “In the short-term, no. All lenders are now stress testing buy-to-let mortgages at 5.5%, so an increase is already factored into the lending and affordability. Most investors will also have planned or accounted for some sort of rise in their budgets.

“Nonetheless, as the rates gradually get closer to 2%, landlords will be looking to offset this increase and one of the obvious ways for this is via a rent increase. This is more market driven in terms of available housing and demand from tenants first and foremost, and this is what will lead rental prices over the coming years.”

Whether you’re a landlord, homeowner or aspiring first time buyer, how would a rise in interest rates affect you?

Variable rate mortgage borrowers could have to collectively pay an extra £82.8m in higher payments in December if the Bank …

Variable rate mortgage borrowers could have to collectively pay an extra £82.8m in h...

The Bank of England (BoE) has said that higher inflation and a pick-up in growth coul...