Private renters are spending an estimated £229 million every year on unwanted moves, an analysis from Generation Rent reports.

The 2019-2020 English Housing Survey found 134,000 private renter households moved home after either being evicted, reaching the end of a fixed term tenancy, or being faced with a rent increase.

Generation Rent has called on the Government to introduce open-ended tenancies as part of its reforms to the rental market. Where landlords wish to sell up or move in, they should pay the equivalent of 2 month’s rent towards tenants’ moving costs, to minimise the stress of moving.

At present, renters can be forced to move home if their landlord increases the rent to an unaffordable level or issues them with a Section 21 ‘no fault’ eviction notice after a fixed term ends. However, the Government has committed to abolish Section 21.

The new analysis by Generation Rent found that the average up front cost of an unplanned move for the median private renter household is £1,709. This includes:

Generation Rent also looked at how different renters are affected. This figure is highest for a single parent with children, at £1,451 per person, and lowest for sharers in a three-bedroom property, at £731 per person.

It’s analysis of the Government’s English Housing Survey found that 57,000 households moved in the private rental sector after being evicted from a private tenancy. 66,000 moved due to a fixed-term tenancy ending, and a further 11,000 moved due to a rent increase. This has resulted in a total of 134,000 home moves a year that were unwanted. Given the cost of moving for each household, these unwanted moves cost renters £229 million a year.

A Generation Rent survey of 884 people who have rented from a private landlord in the last 5 years found that 56% paid more rent when they last moved home. Alongside financial costs, 44% reported having to move further away from friends or family, 15% were further from a hospital, and 5% had to move their children to a different school.

Alicia Kennedy, Director of Generation Rent, comments: “Renters are shelling out millions to pay for house moves that they have no choice but to make. Not only is moving home expensive, it can force renters to move away from essential support networks, family and friends, and can disrupt children’s education. Renters deserve secure and stable homes where they can put down roots in their communities and thrive. With tenancies so short and evictions so common, this right is out of reach for millions of private renters.

“Generation Rent is calling on the Government to commit to open ended tenancies in the upcoming Renters Reform White Paper, and to make landlords contribute to renters’ moving costs in the event of an unplanned and unavoidable move.”

Katie, a private renter living in Brighton, comments: “The last time I moved it cost me upwards of £800. I rely on welfare due to my disability, so moving home takes a huge toll financially. My new flat is more expensive, and further away from my local hospital, which I make regular trips to. I’m worried about the prospect of moving again if my current landlord puts the rent up or wants to sell the property, as I’m not sure how I would afford it.” 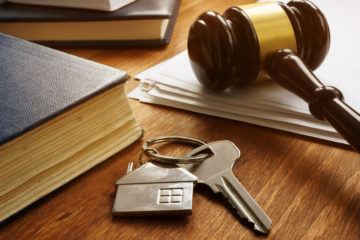