Industry frustrated over lack of housing initiatives in the Budget

This afternoon saw Chancellor Phillip Hammond deliver his first (and last) Spring Budget. Whilst there were plenty of measures that were pledged to improve social care, education and transport, there was conspicuously little in the way of anything housing related.

The lack of reforms or initiatives announced for the housing and private rental sectors have led to anger and frustration amongst many property peers. Many wanted to see changes to upcoming mortgage interest tax relief proposals or cuts to Stamp Duty.

Founder and CEO of eMoov Russell Quirk, is one of the frustrated industry members.

Responding to the lack of housing reforms mentioned, Quirk noted:

A bitterly disappointing, lacklustre Budget by Mr Hammond in terms of addressing the current UK housing crisis. It is clear he is continuing the head in the sand approach of those before him in bypassing the issue, with a few headline-grabbing business initiatives and the usual proclamations about how great the economy is currently performing.

Ironic that a former property developer should give the subject such inadequate focus within his plans and woeful for those aspirational buyers on the ground still dreaming of getting on the ladder.

The issue of housing has become the final coat of gloss on recent budget announcements, mentioned in passing to tick the boxes of a “well rounded” economic plan, but equating to little more than aesthetic fluff.

A lot of focus on the NHS and how they are the party of the NHS. Does NHS stand for No Housing Speech?

It is a real shame Mr Hammond hasn’t put his mind to solving the backlash around the revaluation of business rates. There is an underlying feeling of angst throughout the population surrounding this uncertainty and he would have done well to use his first Budget as a platform to quell these feelings, but has in effect, chosen to sidestep the issue.’[1] 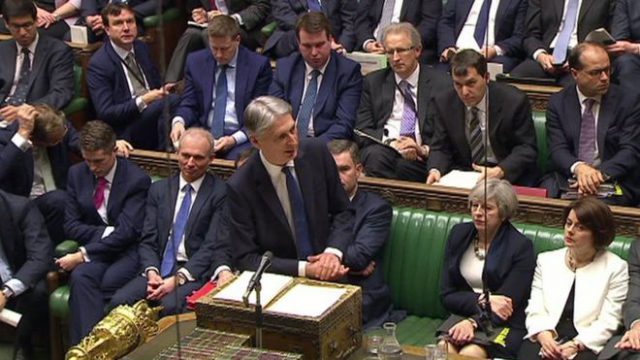 Industry frustrated over lack of housing initiatives in the Budget

James Davis, chief executive of online lettings agency Upad, said: ‘It was disappointing to not see a U-turn on the catastrophic decision the Chancellor made in the Autumn to ban lettings agent fees. As predicted, rising rents are already on the cards for long suffering tenants with renting now a necessity, as home ownership is out of reach for most millennials.’[2]

‘Tenants are in some cases already paying up to two thirds of their salary on rent, whilst salaries have stayed stagnant. This will have wider consequences if people can’t afford to go on holiday, or spend money on entertainment. The Government need to realise that they are playing with people’s lives and livelihoods. Buy to let landlords should be enticed through tax incentives, rather than hiking stamp duty, to bring the rental market back into equilibrium,’ he added.[2]

Glynis Frew, chief executive of Hunters Property, said it is short-sighted of the Chancellor not to include any housing initiatives, after the Stamp Duty rises.

‘The more average rents rise, the more ownership figures fall. This is a bad decision which will affect not only landlords but renters, first-time buyers and second steppers,’ she observed.[2]