The Conservative Party have proposed an extension of the right to buy policy to housing association tenants, but what will this mean?

The plan involves expanding the scheme to housing association tenants and offering discounts of up to £102,700 in London and £77,000 elsewhere in England. Right to buy will not apply in Scotland or Wales, where it is being abolished.

In England, there are about 2.5m housing association tenants. Of these, around 1.3m have lived in their property for three or more years; this would give them the chance to buy.

The Conservatives would also require councils to sell the most valuable homes in their remaining stock. Cash from these sales will create a £1 billion fund for creating 400,000 new homes on brownfield land, says the party.

Around 800,000 housing association tenants can already buy their homes, however, current discounts are quite small. In low house price areas, discounts are £9,000 and rise to £16,000 in London. The new policy would include an extra 500,000 tenants and offer much higher discounts.

Once a tenant has lived in their housing association property for three years, they can apply to the scheme. For houses, the discount will be 35% of the market price, and for flats it will be 50%. A larger discount will be made the longer they have lived in the property; for every extra year they rent a house, they will get another 1% discount, and a further 2% if they occupy a flat. The total discount will be capped in cash terms.

These terms reflect changes to right to buy legislation from 2012, which cut the rental period required from five to three years and increased maximum discounts. After this reform, council house sales rose from around 2,500 a year to 11,000 a year.1

It has been noted, however, that in areas with high property prices, tenants on low incomes will still struggle to afford mortgage repayments, even with discounts. For example, a council house in South London could be worth £500,000. At a cap set at £102,700, the tenant would still need a mortgage of £397,300. Tenants will also be required to meet strict mortgage criteria, which the Conservatives introduced due to the financial crisis. 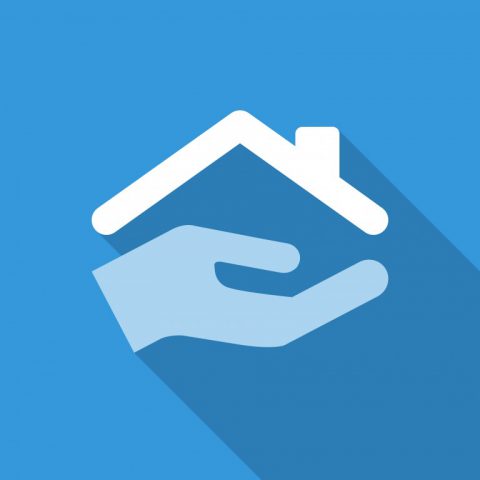 The Conservatives say that 15,000 high-value council properties fall empty every year, and the forced sale of these will gain a £4.5 billion profit per year, which would fund the new policy.

It has been estimated that the policy will cost £5.8 billion, however, critics say it could reach £20 billion or more. Total government spending on housing and the environment in 2013 was £25 billion. The National Housing Federation (NHF), representing housing associations, argues that the £5.8 billion figure could instead fund 300,000 shared ownership homes.

The number of homes

It is fairly clear that the policy will reduce the amount of homes available for social housing. The Conservatives say that for each home purchased, another will be made available. However, the NHF reveals that since 2012, just 46% of homes sold under right to buy have been replaced.1

The Department for Communities and Local Government says that 1.88m council houses in England have been sold since right to buy was launched by Margaret Thatcher in 1980. This accounts for 37% of the total council housing stock, but local authorities have built only 345,000 new homes in the same time.1

The majority of housing associations have informed the NHF that they only expect to replace half the homes currently being sold through right to buy. One in ten say they won’t be able to replace any.1

Phoenix Community Housing in Lewisham, southeast London, keeps just a small amount of the profits from each right to buy sale. One of its homes worth £205,000 was sold through the scheme in 2014 for £105,000. The housing association received just £27,332; too small a figure to build a replacement.1

The waiting list for social housing in England is currently 1.36m households, or 3.4m people.1

Mortgage brokers and estate agents are generally supportive of the scheme, however, they are now questioning whether it would help increase housing supply.

The Intermediary Mortgage Lenders Association says: “It is a quick win to help boost a flagging homeownership sector and stimulate turnover in a market where transaction levels are now three times slower than in the 1980s. However, it carries no guarantee of greater house building as a result.

“The danger is that it will weaken the future capacity of the social renting sector to provide a safety net for those who cannot afford to house themselves via the private market.”1

It is estimated that over a third of homes sold under right to buy in London are now owned by private landlords. Labour London assembly member Tom Copley believes that 36% of right to buy properties in the capital are owned by landlords, who therefore benefit from housing benefit payments.

He says: “Substantial numbers of these are being let to tenants who are now supported by housing benefit, while many would-be council tenants have now been forced into the private rented sector because of the dwindling supply of council homes. The consequence of both phenomena has been that taxpayers are again being charged more to subsidise higher private rents.”1

The Conservatives hope that they will achieve Labour supporters through this scheme. The original Margaret Thatcher policy apparently swayed people to vote for her. However, this was way before the housing crisis, involving sharply increasing prices and the huge rise in private renting. There are now around 9m private tenants, who will feel excluded from the policy.

A NHF study revealed that 60% of the public think that it is unfair for social housing tenants to receive a discount on their homes when private tenants do not.

A YouGov survey found that Conservative voters are more likely than Labour voters to find the extension of the scheme unfair. UKIP voters find it the most unfair of all.