UK Finance estimates that overall gross mortgage lending in August stood at £24.2 billion, of which high street banks lent £15.1 billion. Accounting for seasonal factors, this figure is in the same ballpark as monthly lending over the course of 2017. 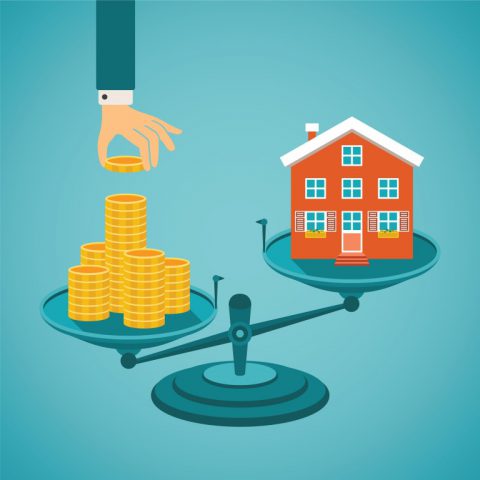 House purchase approvals by high street banks reached 41,807 in August, which is stronger than the monthly average of 41,133 over the last six months and 11% higher than in the same month last year, when the market was subdued following the EU referendum result.

The Senior Economist at UK Finance, Mohammad Jamei, is pleased to see the housing market starting to rebalance: “Housing market activity is in Goldilocks’ territory, growing only modestly since the start of the year, though the mix of activity has shifted towards first time buyers, away from buy-to-let and cash. There is also some rebalancing across regions, as activity picks up in the north of England, Wales and Scotland, away from London, the South East and East Anglia.”

John Eastgate, the Sales and Marketing Director of OneSavings Bank, also comments on the new figures: “Mortgage lending remains on a fairly even keel, if somewhat in the doldrums. Lack of confidence can be seen across the market, with the possible exception of first time buyers, who represent a Help to Buy-driven growth zone. The potential for a rate increase sooner rather than later might well stimulate some remortgage activity but, overall, the market remains relatively directionless.

“Meanwhile, the buy-to-let market faces up to yet more change. We have seen demand from many portfolio landlords seeking finance ahead of the PRA’s [Prudential Regulation Authority] next wave of changes to underwriting standards, although awareness is far from universal. It will take some time for the dust to settle and, in the meantime, the outlook for tenants is one of higher rents.”

The Marketing Director of Foundation Home Loans, Jeff Knight, continues: “Record low mortgage rates continue to sustain market activity but, given even the most dovish members of the Bank of England’s Monetary Policy Committee are now adding to the calls for an interest rate rise, this picture could very quickly change. A wait-and-see approach is best avoided for first time buyers and existing owners considering remortgaging.

“With the PRA changes for portfolio landlords fast approaching, we are likely to see a spike in activity from those hoping to finalise deals ahead of the underwriting changes coming in. While it will take some getting used to, the changes will go a long way to professionalise the sector and help to expel rogue landlords, so, in the long-term, it’s important that decent landlords are properly engaged and supported to ensure the rental sector remains a positive option for those not yet ready to buy.”

John Goodall, the CEO and Co-Founder of buy-to-let specialist Landbay, concludes: “Mortgage lending levels rose steadily in August, with borrowers continuing to reap the rewards of record low mortgage rates and loan-to-value deals. The Bank of England’s rate-setting committee has fuelled speculation that the first rate rise in almost a decade is now likely, and soon, so those looking to buy a property or remortgage their current property will now be moving fast to lock in a mortgage rate before the change.

“In the buy-to-let market specifically, October’s PRA changes are fast approaching, so some of this uplift is likely down to landlords making changes to their portfolios before the stricter lending and reporting criteria kick in. The changes are a good thing for the ongoing sustainability of the private rental sector, but many landlords are unaware of what the changes mean for them, so we could see a dip in Q4 [fourth quarter] lending levels while the industry adjusts to the new rules.”