Housing Crisis on the Horizon as Landlords Face Tax Sting

A housing crisis could be on the horizon, as thousands of buy-to-let landlords face going out of business in the New Year, when tax rises, introduced by the former chancellor, George Osborne, start to bite, according to Touchstone Education.

The Doncaster-based company, which runs courses in property investment across the UK, fears that a housing crisis is looming, as the measures, which were introduced to cool buy-to-let investment, are coming to fruition.

The UK’s 2.3m private landlords have already endured a 3% hike in Stamp Duty (Land and Buildings Transaction Tax in Scotland) and the introduction of additional stress tests for buy-to-let mortgages.

In January, some will also face significantly higher Income Tax bills, following the first stage of the phasing out of mortgage interest tax relief on finance costs.

Tax demands due at the end of the month could spell disaster for thousands of landlords, placing further stress on local authority housing and even making some tenants homeless, Touchstone Education’s Chief Executive, Paul Smith, is warning.

From April 2017, the amount of Income Tax relief that landlords could claim on their buy-to-let finance costs began to be restricted to the basic rate. The changes also apply to income earned by UK taxpayers on holiday homes overseas.

These measures will require some landlords to pay significantly higher tax bills than in the past, in some cases doubling or trebling previous rates.

A survey by Tenant Referencing UK earlier this year found that 70% of landlords were unaware of the changes, contained in Section 24 of the Finance Act 2015.

At the same time, headline rates of Capital Gains Tax (CGT) paid on profits from asset sales were cut from 18% to 10% for basic rate taxpayers, and from 28% to 20% for higher rate taxpayers.

Smith says: “These changes are so draconian that landlords have been left with no choice but to evict tenants and sell-up, or to increase their rents. Thousands have already exited the buy-to-let market, switching their investments into commercial properties or serviced accommodation.

“Those who remain will now have to pay significantly higher Income Tax bills for the first time, and we know from those attending our courses, most are unaware of the changes.”

He explains: “Landlords who file Income Tax returns at the end of January will have to pay up the following day and many don’t know that they are sleepwalking towards bankruptcy.”

Investing in buy-to-let has been a popular way to make money in the past two decades, but, since 2015, when changes to Stamp Duty were introduced, it has become less popular.

Smith, who runs a series of Six Figure Summits (offering property investors advice on how to maximise their incomes), points out a recent delegate – a landlord from Bristol – who found that he owes £120,000 in additional tax by the end of January.

He comments: “His accountant had failed to alert him to the changes, and we are now working with him to find legitimate ways of reducing his exposure.

“It was a shock for him, but at least he found out in time to be able to take steps to deal with it. There are thousands of others for whom it will be too late, unless they take action now.”

Smith adds: “There are HMRC-approved measures that can mitigate the impact of these punitive measures, including claiming capital allowances for residential properties that have been re-designated as serviced accommodation, also known as furnished holiday lets.

“We are working with landlords who have been able to claim hundreds of thousands of pounds in capital allowances against their property portfolios, which means they can earn income and pay little or no tax. The highest individual HMRC-approved claim so far is for over £650,000.”

Landlords, do you know whether you will face a tax sting in the New Year? Make sure to look into your finances now. 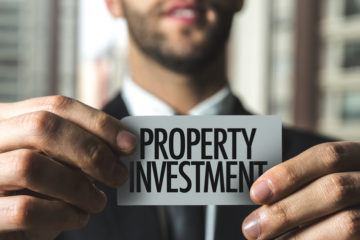 New research from FJP Investment reveals that the buy-to-let market has lost its appeal to UK property investors. The property … 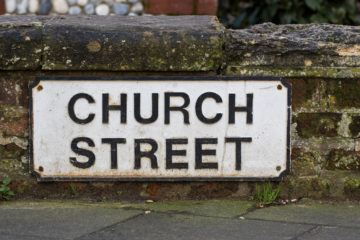 New research from FJP Investment reveals that the buy-to-let market has lost its appe...