Three housing associations have been given regulatory downgrades due to missing gas safety checks, but they still comply with the Homes and Communities Agency’s (HCA) governance standard.

The three house providers, Yorkshire Housing, Merlin Housing Society, and First Wessex, have all failed to meet the regulator’s home standard after not observing gas safety regulations. All three had some properties that had not had an annual gas safety check, which is required by law.

Today, their governance rating was downgraded to G2; the second highest. This means that they fulfil governance standards, but they need to make improvements.

A spokesperson for Merlin Housing Society says that each of their properties that had an out-of-date certificate was serviced immediately. Chief Executive of First Wessex, Peter Walters, claims that the organisation has changed its system, and now has a 100% gas safety check record.1

The complete list of today’s judgements is as follows1:

The HCA downgraded the governance rating of Chapter 1 Charity to a non-compliant G3. The association covers 1,381 homes. The HCA said the landlord’s board had “failed to manage risk of its objectives”, after a “period of growth.” The HCA claim that they received inaccurate financial information, and later they discovered weaknesses in the organisations’ approach to risk management.1

The viability rating of Johnnie Johnson Housing Trust was upgraded to V2, meaning that the organisation is now compliant.

However, the Trust is still non-compliant on governance. With 4,960 homes, the organisation received a governance downgrade after having “an overly complex structure [that] had weakened governance arrangements.”1

They have since improved, by strengthening its board, steadying its business, and conducting a stock condition survey. The HCA have said that the Trust is working towards full compliance overall.

However, Chapter 1 Charity, and Johnnie Johnson Housing Trust did not meet value for money rules. The number of landlords breaching these rules in 2013-14 reached ten.

Two organisations received governance rating upgrades, to the highest possible G1. Bedfordshire Pilgrims Housing Association’s was raised after they assured the HCA that its “processes governing board remuneration…are appropriate.”1 The Association caused concern previously due to its level of board pay.

Swan Housing Association received its second upgrade in four months after taking action against its 2012 downgrade, due to staff falsifying documents in order to claim grant early. Community Gateway Association were also awarded an upgrade in viability. 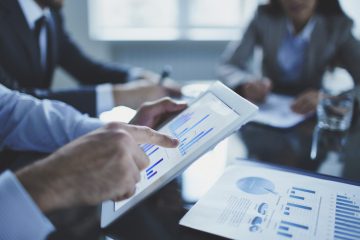 Numerous housing associations that have been penalised for not following value for mo...