House Price Growth Strong at the End of Last Year

House price growth across the UK was strong at the end of last year, according to the latest figures from the Office for National Statistics (ONS) and Land Registry.

The report shows that house prices rose by an average of 7.2% in the year to December, up from 6.1% in the previous month. This highlights the continuing strong growth recorded since the end of 2013.

However, annual growth was weaker in the second half of 2016 than in the first six months of the year, the ONS reports. 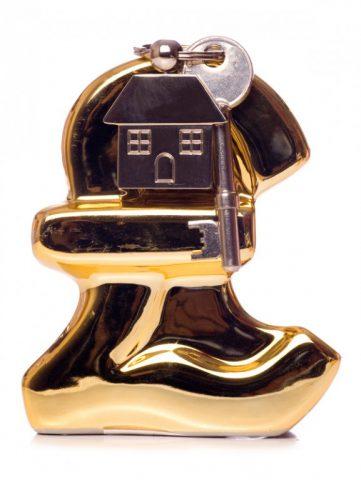 House Price Growth Strong at the End of Last Year

The main contributor to the increase in UK house prices was England, where property values rose by 7.7% in the year to December, taking the average price to £236,000.

The highest annual growth of December was recorded in the East of England, at 11.3%. Growth in the South East was second highest, at 8.5%, followed by London, at 7.5%. The lowest annual growth was seen in the North East, where prices rose by just 4.1% over the year.

The local authority showing the largest annual growth in the year to December was the Shetland Islands, where prices were up by 26.1% to stand at an average of £179,000. Low numbers of property sales in some local authorities, such as the Shetland Islands, can lead to volatility in the index, the ONS points out. The lowest annual growth was recorded in the City of Aberdeen, where prices fell by 9.8%, to an average of £168,000.

In December, the most expensive borough to live in was Kensington and Chelsea, where the average home cost £1.3m. In contrast, the cheapest place to buy a property was Burnley, at an average of £74,000.

The CEO and Co-Founder of LendInvest, Ian Thomas, responds to the figures: “As we head into 2017, we’ve seen slowing rises in property price rises. Despite this, reasonable growth should still be expected throughout 2017.

“We’ve seen from last week’s Housing White Paper that the Government is more committed than ever to fixing the broken housing market. Restoring confidence in the property market will require action by Government to get all parts of the housebuilding sector firing on all cylinders, especially the SME housebuilders, who Government promise to help grow.”

The Founder and CEO of eMoov.co.uk, Russell Quirk, also comments: “There has been a number of sceptics where the state of the housing market in 2016 is concerned and, although the likes of Halifax and Nationwide provide a snapshot of performance, the fact they are based on mortgage approval data, not cold hard completions, will always leave room for doubt.

“But today’s data from the Land Registry provides a concrete view of how the market performed during a testing year and, on the face of it, held up very well, all things considered.”

He explains: “Not only did prices see an increase of 7.2% annually, but, heading into what is a quiet time of year for the market, an increase of 1.4% in prices and an uplift of 0.2% in transaction volume month-on-month is a promising sign indeed for the year ahead.

“Not only did the London market see healthy growth despite the changes to second home Stamp Duty tax brackets, but there is also positive signs across the rest of the nation. The market in Wales, in particular, has really suffered of late, and so a 1% boost on November’s figures will be a welcome sign for Welsh homeowners.”

Quirk concludes: “This latest market insight should spur a renewed confidence in UK homeowners that we have very much weathered the storm and that UK property is an attractive proposition as it has ever been, whether you are buying or selling.”