An Ilford landlord has been fined for converting a property to a House in Multiple Occupation (HMO), without the required permission.

An investigation into the property in Barking, owned by a landlord from Ilford, has revealed that the three-bedroom property, which he purchased in 2015, is being used as a HMO let, without the correct HMO documents.

After building work began on the property, despite landlord and homeowner Siddarth Mahajan not having planning permission, officers from Barking and Dagenham Council became suspicious.

Cllr Margaret Mullane, cabinet member for environment and community safety, said: “This dishonest landlord repeatedly refused to comply with the law and we pursued all the legal avenues that were available to us to ensure that he was brought to justice.

“We will continue to crack down on rogue landlords to improve standards and to ensure tenants have a decent home.”

Mahajan tried to claim that he was exempt from enforcement action, as he had proof that the property had already been a HMO for longer than ten years. The documents he presented appeared to show that its HMO status went as far back as 2008, but the council’s investigation team revealed it all to be a forgery.

At a later date, it was then discovered that Mahajan had also converted two more properties in the Barking area, also without planning permission. Again, the documents that claimed that the properties had already been in use as HMOs for many years, were in fact forgeries.

Overall, Mahajan has been found guilty on two counts of perverting the course of justice and three counts of using copies of forged documents. This has resulted in a sentence of 8 months imprisonment.

Further information on HMOs and the licensing required can be found in this guide by Just Landlords, the Landlord Insurance provider. If you are unsure about whether or not your let requires a HMO licence, you should check with your local council. 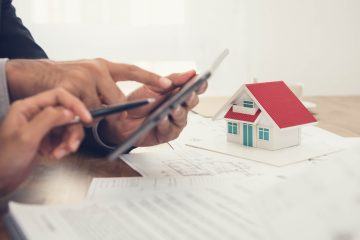 Landlords have been welcoming the new guidance for councils on the minimum room size regulations for rented homes. The guidance …