The recently confirmed Government plans to ban letting agent fees charged to tenants – announced in the Queen’s Speech – and a cap of one month’s rent on deposits will outlaw tenants with pets, among other vulnerable renters, believe landlords. 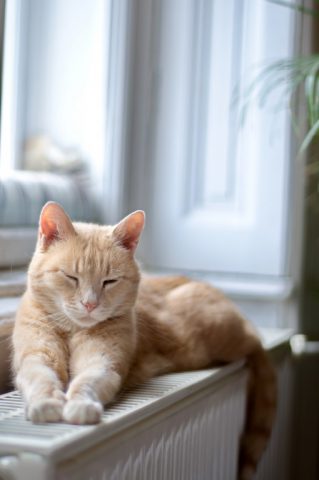 The Tenants’ Fees Bill will implement the policy to ban landlords and letting agents from taking any payments from tenants, with the exception of rent, a security deposit, a holding deposit and tenant default fees.

In the initial consultation on the fees ban, where the Government announced its intentions to look at putting a cap on security deposits, the National Landlords Association (NLA) attempted to argue that it was unnecessary.

Although it is not the intention of the tenancy deposit cap, the Government’s plans will inevitably reduce landlords’ willingness to accept tenants with pets, by removing their flexibility to take a higher deposit to cover any damage caused by the pets.

Previous research from the NLA shows:

Furthermore, The Dogs Trust’s Lets with Pets scheme advises landlords to either take a higher deposit from tenants or include a “professional cleaning on move-out” clause in the tenancy agreement, to mitigate the financial risk of property damage.

Not only do the Government plans discourage tenants with pets, but they would also affect tenants with bad affordability status, bad credit, those without a guarantor, families with children and those in receipt of benefits – often the highest risk tenants who are usually required to pay higher deposits.

Veteran landlord and spokesperson for the Midland Landlord Accreditation Scheme (MLAS), Mary Latham, comments on the plans: “I have accepted tenants with pets for years, because a home is not a home without a pet. I have never had to withhold monies from deposits because of issues caused by those pets, and my tenants stay longer because they feel more at home.

“I am so angry that this will force many landlords to rethink the risk and prevent pet owners from renting nice homes. Government are so out of touch with the reality of the lives of those who they are meant to represent.”

Will the Government plans discourage you from letting to tenants with pets?