New research has revealed that the costs of certain buy-to-let mortgages have fallen.

After a spike during the months of February and March, it has been noted that some popular five-year fixed rate buy-to-let mortgages have seen a drop in fees. Many of these are now cheaper than they were a year ago in April 2018.

This research, from online mortgage broker Property Master, also shows that product fees for such mortgages have increased, sometimes by as much as £335.

The cost of five-year fixed rate offers for 50% of the value of a property fell by £8 a month between March and April, according to Property Master’s April 2019 Mortgage Tracker. Year-on-year, this type of mortgage was down in cost by £28 a month.

The tracker also shows that the cost of a five-year fixed rate for 65% of the value of a property fell by £4 each month, and by £18 per month, when compared to year-on-year data from April 2018.

However, a sharp year-on-year increase in average product fees can be seen for almost all of the available fixed-rate buy-to-let mortgages categories that were tracked.

Figures for this month’s Mortgage Tracker were calculated on deals available on 1st April, 2019.

Angus Stewart, Property Master’s Chief Executive, commented: “It is good news that the type of deals many landlords favour have fallen back a little in cost after last month’s increase.  Better still the headline rate for many of these offers are actually less than they were a year ago.

“However, there is something of a catch in the increase in many product fees. Applying for a buy-to-let mortgage can be a complex process and it is important landlords compare the total cost of the mortgage they are offered.” 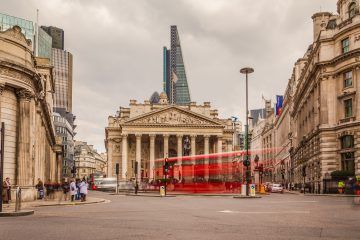