The Office for National Statistics (ONS)/Land Registry have released the first official house price statistics of 2017.

On a monthly basis, the typical property value grew by 0.8%.

Alongside the house price statistics, the report shows that moderate demand in the housing market continues to outmatch supply. 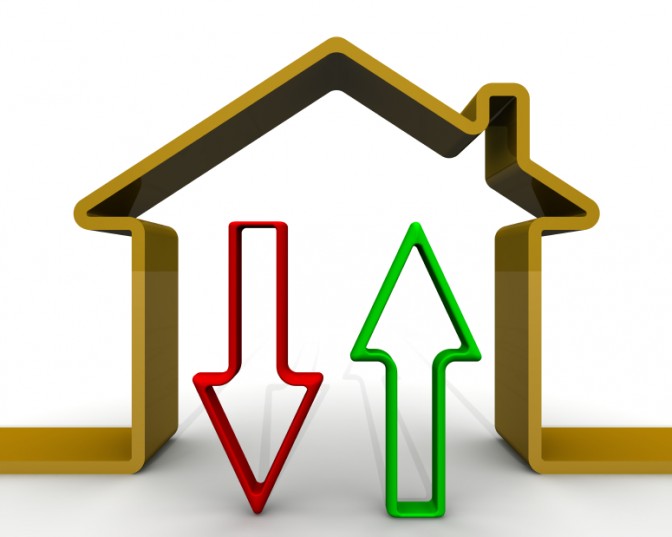 The Bank of England’s agents’ summary for February 2017 shows that housing market activity has been sluggish overall, and is expected to remain so over the coming year.

The Founder and CEO of online estate agent eMoov.co.uk, Russell Quirk, comments on the house price statistics: “Although mortgage-based indices like Halifax and Nationwide offer an indication on how the market is behaving, this first set of 2017 data from the Government provides a concrete look on how the market has emerged from an up and down 2016.

“Despite the seasonal lull towards the end of the year, prices have continued their upward trend and the market looks strong heading into 2017. This continued growth does hinge on next Wednesday’s triggering of Article 50, however. Although many predict an apocalyptic end to the world, there is also a chance it will further stabilise the market, as the current period of Brexit limbo experienced since last June will finally come to a close.

“In many cases, the uncertainty of an outcome can be far more detrimental than the outcome itself, and it is clear that many buyers and sellers have been holding tight on a sale until a decision is made. Despite this, it is actually the markets like the South East and London in particular where the most detrimental impacts of Brexit have been forecast that have continued to see the strongest price growth.”

The Senior Economist at PwC, Richard Snook, also says: “Whilst 6% growth remains healthy, the significant downward revision to both the November and December figures portray a less buoyant market than previously thought. With the triggering of Article 50 now confirmed for March 29th, we may be beginning to see the signs of the Brexit related slowdown that we anticipated last year.

“We expect house price growth for 2017 to be between 2% and 5%, which means a further slowing of prices over the next 12 months.

“The regional data, which can be volatile when viewed as a single month, shows the strongest performance was in London. Average prices jumped from £477,000 in December to £491,000 in January. The South East and East Anglia are also amongst the strongest regions, with annual growth of 8.7% and 9.4% respectively.”

Shaun Church, the Director of Private Finance, adds: “Taking into account the usual winter slowdown in housing activity, the start of the year saw property transactions remain comparatively high, albeit dipping slightly in February. Prior to January, transactions had not been so high since March 2016, when the spectre of Stamp Duty changes prompted an unusually large flurry of activity from second homebuyers and landlords. This lays solid foundations for the rest of 2017, as demand remains – for now – unhampered by external factors such as political uncertainty.

“However, the housing market isn’t necessarily on course for smooth sailing. The shortage of new homes coming onto the market has been dampening home mover activity, while the Stamp Duty surcharge has slowed down movement at the upper end of the market in particular. A healthy housing market needs a consistent flow of transactions at all levels, and any bottlenecks will inevitably cause problems later down the line.

“Affordability also remains a concern. While the annual rate of house price growth fell steadily between June and November 2016, in the past two months it has been creeping up again. Mortgage rates are at record lows, helping more buyers onto the ladder, but saving for a deposit remains a challenge for many. Housebuilding levels are still not at the level they need to be, and if action isn’t taken to address lack of supply soon, rising house prices will undoubtedly block some from accessing the market.”