Fears that the energy efficiency proposals in Scotland could damage sector

New proposals from the Scottish Government regarding new minimum energy efficiency standards for the private rental sector could well have a detrimental effect, according to claims.

Responding to a Scottish Government consultation that closed last week, the Scottish Land & Estates said that the challenges of rural housing should be taken into account. In addition, it has called for the policies to target the worst performing housing and for them to give the sector time to improve energy efficiency standards.

Katy Dickson, Senior Policy Officer at Scottish Land & Estates, noted: ‘Our consultation response makes clear that there is a risk that the private rented sector could be damaged by well-meaning but ultimately flawed proposals for new energy efficiency standards.’

‘Scottish Land & Estates is calling for the minimum standard to be set at EPC level E and for there to be no back stop date. This means the measures will target the worst performing stock and full upgrades can be completed gradually at natural breaks in tenancies. Ultimately this means all low performing homes will reach a better standard than the current proposals would allow and there would be less disruption to tenants.’

‘If the regulations are not manageable or appropriately funded then landlords will consider increasing rents in order to pay for energy efficiency investments or even leaving the sector. Our members are being told there is a rural affordable housing shortage and the Scottish Government is encouraging them to develop new housing to let.’

‘However, when faced with a new unfavourable tenancy regime and now a proposed minimum energy standard which fails to tackle the issues, landlords are being forced to consider if it viable to continue to let as many properties on a long-term basis at affordable rents.’[1]

Fears that the energy efficiency proposals in Scotland could damage sector

In addition, the organisation raised concerns that issues with accurately assessing energy ratings is creating additional worries for the sector.

Continuing, Dickson observed: ‘The Scottish Government has highlighted that the age and location of rural privately let properties means they are more likely to be of lower energy efficiency. Simply being off the gas grid drops the efficiency score.’[1]

Concluding, she said: ‘We are one of many stakeholders that has raised concerns about the methodology behind the energy efficiency assessments across the UK. It is not transparent and fails to recognise the reality of many aspects of traditional rural buildings resulting in unreliable assessments. If regulation and funding is to be based on it, there must be improvements as soon as possible.’[1] 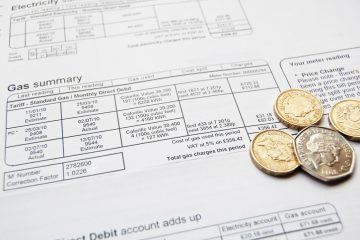 A former government minister and MP has become the chair of a company that fights fuel poverty in England. Mike …

One third of tenants have recently forked out for energy efficiency improvements in their property, despite Government legislation permitting landlords …

A former government minister and MP has become the chair of a company that fights fue...

Nearly two-thirds of buy-to-let landlords have a lack of awareness regarding new Mini...