A couple that pretended to be landlord and tenant, despite having three children together, stole £66,000 in a benefits scam.

Sikander Rafiq, 34, and Samara Jabreen, 32, told the lie to Birmingham City Council in a scam that spanned eight years. 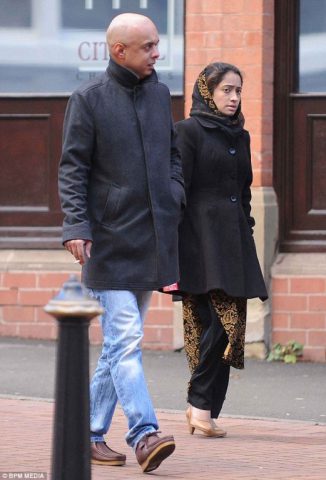 However, three years later Rafiq bought a home for the family. Jabreen then claimed to be a private tenant and requested her benefit payments be paid to the landlord, Rafiq.

Prosecutor Blondelle Thompson said that additionally, Jabreen signed declarations stating that neither she nor the children are related to Rafiq. The mother also claimed single occupancy discount on her Council Tax.

Jabreen pleaded guilty to two counts of failing to notify a change in circumstances and a charge of making a false representation. Rafiq confessed to a charge of furnishing false information regarding the tenancy agreement provided to the Council.

Jabreen has been spared prison due to her ill health and being the sole carer of their children. She was sentenced to 22 weeks, suspended for 18 months, placed under supervision for 18 months, and ordered to join the Anawim probation project for 30 days.

The court heard that Rafiq acted out of desperation to pay the mortgage rather than through greed. He was given an 18-month sentence, suspended for 18 months, and ordered to carry out 180 hours of unpaid work.

Thompson said: “At no time did she declare Rafiq was her partner or father of her children. The house was put under surveillance and his car was seen daily and was used by Jabreen.”1

Life insurance documents and a Virgin Media account, both in Rafiq’s name, were registered at the couple’s address.

Judge Roderick Henderson called Rafiq a “dishonest” man, who once pretended to be his brother to avoid getting a criminal record.

He said: “As far as you are concerned, I get a very clear picture of a person who is dishonest and bends things to whatever benefits you at a particular time.

“You both pleaded guilty but when you came back to be sentenced you wanted to vacate your plea because you said you were not guilty at all. You then turned up and entered a guilty plea but put forward a false basis.

“You have behaved not only in a dishonest way in the history of the case but before the court.”1

The judge believes that Jabreen played a smaller role in the scam and was encouraged by Rafiq.