Only 5% of private rental households in England have received government help with funding energy efficiency measures. The National Residential Landlords Association (NRLA) highlights that this is despite them having the greatest need.

Although more of those classed as fuel poor live in the sector, private rental households received only half of the help given to those in the social sector.

According to the English Housing Survey, a third of private rental sector housing was built before 1919. The NRLA says this is the hardest to treat and accounts for a larger proportion of the sector than for any other housing tenure. Across England’s entire housing stock, 84% of properties built before 1919 had an energy rating or D or worse.

With 62% of private rental homes having an energy rating of D or below, the NRLA says this will largely account for why the 37.6% of all households classed as fuel poor are in the private rental sector, compared to 23.2% in the social sector, according to the Department for Business, Energy & Industrial Strategy.

Data also shows that 97% of private rental properties with an energy rating of D or lower could reach C or better. Despite this, just 5% of private rental households across England have received any financial support under government schemes to improve the energy efficiency of housing. This compares to 21% of owner-occupiers, 12% of council households and 11% of those in housing association properties.

Ministers want all new private rental tenancies agreed from 1st April 2025 to be in properties with an energy performance rating of C or better. According to government figures, it would cost an average of over £7,500 to bring rental properties needing it to an energy rating of at least C.

The NRLA is warning that this makes the Government’s ambitions to improve the energy efficiency of the rental housing stock a pipe dream when the average net annual rental income for a private landlord is less than £4,500. As such, they are calling for a bespoke financial package to support the improvements that are needed.

Among the NRLA’s proposals is the development of a scrappage scheme to upgrade windows in private rental homes. A higher proportion of properties in the sector have no double glazing than any other tenure.

It is calling also for energy efficiency measures carried out by a landlord to be offset against tax as repair and maintenance, rather than as an improvement at sale against Capital Gains Tax. This would address anomalies including that whilst replacing a broken boiler is tax deductible, replacing one for a more energy efficient system is not.

Ben Beadle, Chief Executive of the NRLA, comments: “We all want to see energy efficient rental homes. They cut bills for tenants, make homes more attractive to potential renters and help the country to achieve its net zero commitment.

“The Chancellor needs to develop a financial support package that works for landlords and tenants. This should especially be targeted at the hardest to treat properties where the cost of work will be prohibitive for landlords. In this way, he will also be doing the most to help the fuel poor.” 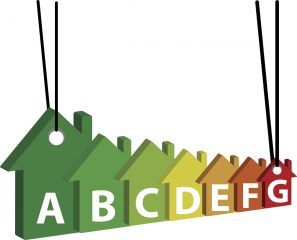 Landlords need to prepare for new MEES regulations in April

As of 1st April 2020, the Minimum Energy Efficiency Standards (MEES) regulations for new and existing tenancies in the private rental …

17% of properties on the private rental market could become unrentable by 2018, should Government plans for new legislation go …

Landlords need to prepare for new MEES regulations in April