We Don’t Need to Sacrifice Quality for Quantity, Insists LendInvest

There have been some positive signs of late that housebuilding in the UK is turning the corner. For example, last month, the National House Building Council announced that registrations – where builders make a payment for insurance on projects which haven’t yet started – have hit the highest figure seen in ten years.

But in the rush to ramp up the number of homes being built, there is little doubt that some corners are being cut. We have had major housebuilders admit to handing over cash incentives to encourage new homebuyers to complete on homes that haven’t actually finished yet, paying compensation for unacceptable flaws with new homes or announcing that they will slow down the rate of building in order to try to improve the quality of the homes being produced.

According to a recent study by Shelter, more than half of buyers of new build properties had experienced major problems after the purchase had gone through, from construction issues to unfinished fittings and flaws with utilities. That’s just not good enough.

When the Government described the housing market as broken in its Housing White Paper this year, most took them to be talking about the market as a whole – not the actual properties being built.

We are leaning too much on the big builders 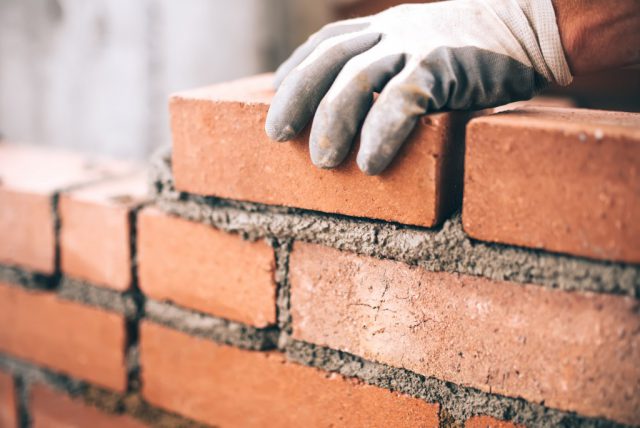 We Don’t Need to Sacrifice Quality for Quantity, Insists LendInvest

It’s no secret that housebuilding has lagged significantly behind demand for a long time. A report from the House of Lords last year suggested that around 330,000 new homes need to be built each year in order to make a difference to rapid house price growth, yet last year the nation could only manage 170,000. And that was a good year by recent standards.

The problem is that we still look to the housebuilding giants, who have dominated the market over the last couple of decades, to do more. But this pressure to increase production is leading to mistakes being made and shortcuts being taken.

It may be that these large builders are simply at their maximum building capacity – if we are to improve the rate of housing production, we need to see homes being produced by a much wider range of sources.

That means doing far more to boost the small and medium-sized builders who are desperate to build homes but face a host of serious barriers, which is holding them back.

It’s not that long ago that the small builder played a far more serious role in the housebuilding market in the UK. Before 1990, they were responsible for three in every eight new homes. Today, that number has plummeted to a paltry one in eight, while 80% of small firms have gone out of business since the last housebuilding boom.

Small builders are being pushed out, denied access to public land for development and denied tax breaks open to other small businesses. This cannot carry on – we need to level the playing field, remove these barriers and give small builders the push they need.

Helping small developers build the skillset they need to make a success of their projects is hugely important, and it’s something LendInvest has tried to address with our series of Property Development Academies. That demand has been so strong – and from across the country, to the point that we are now holding them in Manchester, Birmingham, Bristol and Edinburgh – is an encouraging sign that while small builders have faced unfair hurdles for too long, the desire to clear them and get on with building homes is still there.

If small builders have the appropriate skills, the proper funding, and the access to quality land on which to build, then there can be no doubt that they can play a huge role in addressing the housing shortage.

The time for talk is over

With the General Election upon us, all of the major parties have been very open in acknowledging that the current housing problems cannot be allowed to continue. But the time for talk has long since passed, so, come June 9th, whoever it is that takes up residency in Downing Street needs to push for tangible, meaningful action.

We have a whole generation of would-be developers, who want to help produce quality homes. But they need some help getting there, and it is up to us as an industry to continue to champion them and make their case. If some of those barriers can be removed, we will quickly see the SME builders begin to flourish, and the rate of housebuilding increase.

It doesn’t have to be a question of quality or quantity. By standing up for the little guy, we can have both.

If you’re still unsure of who to vote for, read through what each of the main political parties is pledging on housing: https://www.justlandlords.co.uk/news/main-political-parties-pledges-housing/

Leading residential developer Crest Nicholson has revealed that it is on target to deliver 4,000 new homes by 2019 in …