DIY Landlords put Themselves at Risk

Landlords are no longer safe to simply download tenancy agreements off the internet, warns a letting agent.

KIS Lettings’ Ajay Jagota, from the North East, voiced his concerns following the Court of Appeal ruling last week in the case of Ayannuga vs. Swindell.

The landlord lost the case, after the landlord made minor errors in providing the Prescribed Information that must be given to the tenant, despite the deposit being protected properly. The landlord could have avoided the omission by offering the tenant a leaflet about the scheme. 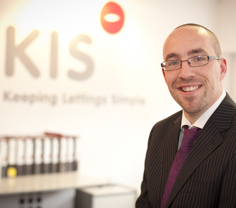 Jagota manages properties for around 700 landlords, yet said the case sounds “like something out of an urban myth.”1 However, he says that similar instances could have great repercussions for landlords, as the landlord in this case lost the right to evict the tenant, and also had to compensate them.

Jagota continues: “Landlords will really have to raise their game. A tiny and apparently insignificant oversight ended up costing this landlord thousands of pounds in fines, legal fees, and lost rent.

“The days where amateur buy-to-let landlords could just get a template tenancy agreement off the internet and go are over.

“The residential lettings industry is complicated and fast-changing, and if you don’t know it inside out, you could seriously get your fingers burnt.”

“At KIS Lettings, we don’t bother with deposits,” he explains. “It’s a small amount of money in the greater scheme of things, especially compared to the cost of a barrister, and it makes it easier to find tenants who might not have a few hundred pounds to hand.”

He adds: “A good landlord-tenant relationship is one based on trust. By asking for a deposit you’re effectively telling someone: I don’t trust you not to do a runner or smash the place up, which isn’t a great start.”

KIS Lettings prefer to use insurance and rent guarantor schemes, instead of deposits.

Jagota says: “They are a lot more effective at building productive, long-term landlord-tenant partnerships and offers a much more robust assurance to landlords should anything go wrong.”1

He also points out that the law does not require a deposit be taken.