CML Paints a Picture of the Average UK Landlord

New research from the Council of Mortgage Lenders (CML) has revealed significant insights about landlords’ profiles and investment strategies to paint a picture of the average UK landlord.

The study, conducted by Kath Scanlon and Christine Whitehead of the London School of Economics, broadly found that private sector individual landlords – either those with buy-to-let mortgages or without – are adopting an “even keel” mentality.

Around half of all UK landlords have no mortgage debt at all. However, the quarter of buy-to-let landlords with the largest portfolios and highest incomes will be negatively affected by future tax changes, which may influence their behaviour in ways that could impact the whole market.

The survey results suggest that measures aimed at buy-to-let landlords may impose significant burdens on them, but won’t necessarily affect the private rental sector as a whole.

How many landlords have mortgages?

The survey, of 2,500 landlords, found that 49% owned all of their properties outright, with no mortgage debt at all. This was an unexpectedly high figure, considering that the Government’s 2010 Private Landlords Survey reported that 77% of landlords used a buy-to-let mortgage to acquire their properties.

However, buy-to-let landlords typically hold larger and more valuable portfolios than other landlords, and 47% of the rental properties in the study were held with buy-to-let mortgages.

Among buy-to-let landlords, over half had loan-to-value (LTV) values of below 60%, with just 1% reporting LTVs of over 90%.

How many properties does the average UK landlord own?

However, there has been a substantial shift towards smaller portfolios among buy-to-let landlords since the last time the CML conducted a similar study in 2004.

How old are landlords? 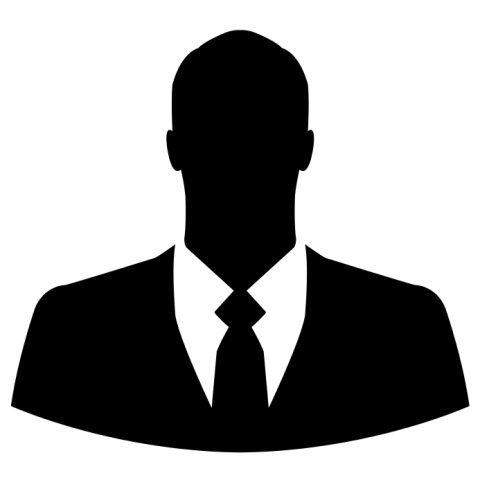 CML Paints a Picture of the Average UK Landlord

Just like homeowners, landlords are part of an ageing group. Back in 2004, just 24% of landlords were aged 55 or over, compared with 61% today. Buy-to-let landlords are generally younger than other landlords, but only marginally.

One reason is that the rate of new investors coming into the sector has slowed down. In 2004, 18% of buy-to-let landlords had bought their first properties within the last two years, compared to around 7% today.

The average UK landlord owns property close to their home, is just as likely to manage their property themselves as to use a letting agent, and was originally motivated to invest as a contribution to their pension, as an investment for capital growth and income, or to supplement earnings.

Two thirds of landlords earn less than 25% of their household income from rent. Around one in 20 said they make a profitable full-time living from being a landlord.

The median annual gross rental income was £7,500, while the mean rose to £17,300, as some landlords have very high rental incomes.

About a third of landlords earned gross rental income equating to the amount that might be associated with renting out a single property for between £416-£830 per month.

Nearly a quarter of landlords ended up renting out property incidentally, while around 14% entered the market originally to provide a home for a relative or friend.

Over a third currently offer leases longer than 12 months on at least some of their properties, and most of the rest don’t do so because they believe there is no demand for it.

Landlords’ plans for the future

Landlords seem to take a long-term view of their property holdings, and many who entered the market decades ago remain active. However, there is only a modest aspiration among landlords to either increase or decrease their portfolios over the next five years.

Yet the overall direction in terms of sentiment and planning appears to be a modest shift towards disposal of some of their holdings. More landlords expect to reduce their portfolios than increase them.

Over the next 12 months, 6% of landlords expect to reduce their portfolios, while over the next five years, 14% plan to do so. Buy-to-let landlords were slightly less likely to say they plan to divest.

Typically, the reasons given by landlords for looking to cut their portfolios were as part of a planned exit. Just 21% of landlords cited tax changes as part of their reason to sell.

Unsurprisingly, however, tax featured more heavily as part of buy-to-let landlords’ decisions to sell, at 36%, compared to 13% of other landlords. Overall awareness of the various tax changes was extremely variable.

The majority of landlords expect their net incomes to stay the same or increase slightly over the next five years. However, 16% of buy-to-let investors expect their earnings to drop. When asked to say what their main coping strategy would be, only 16% and 12% of landlords would raise rents for new and existing tenants respectively, suggesting that most landlords will look for alternative options before increasing rents.

The Director General of the CML, Paul Smee, comments on the findings: “While the overall findings are encouraging and offer a reassuring picture of relative stability, there is a certain irony in the researchers’ conclusions that the landlords who will be most affected by the Government’s tax changes are those at the most professional end of the sector – those with large, leveraged portfolios.

“These landlords will be particularly hard hit by the changes in the treatment of mortgage interest and may choose to divest or moderate their property holdings. Given the Government’s longstanding interest in professionalising the sector, policymakers will need to be closely attuned to the risk of unintended consequences and, indeed, own goals.”

Does this picture of the average UK landlord reflect your positioning in the sector?