David Cameron has recently announced that immigrants will face a minimum two-year wait before being placed on waiting lists for a council property.

The chairman of the Residential Landlords Association (RLA), Alan Ward, responded to the announcement by saying that the measures “will put extra pressure on the private rented sector”, while giving “opportunities for low-grade landlords and criminal elements to exploit immigrants.”[1]

Ward went on, saying that “the RLA has been calling for councils to enforce the many regulations that already exist against criminal landlords.” He believes that the “Government’s announcement will increase the need to prevent overcrowding and insanitary renting.”[1]

Stating that “local authorities can already discharge their responsibilities for homelessness in the private rented sector,” Ward warns that where they do so, “they must ensure the properties are safe, legal and secure.”[1]

Hammersmith & Fulham Council recently announced that it will only let people who have lived in the area for five years onto their waiting list. The council already has a waiting list in excess of 10,000 people, with only 470 offered housing in the previous year.

Andrew Johnson, cabinet minister for housing, said: “While we welcome migrants with open arms, this country should not be a soft touch for people who think they can simply rock up at our housing offices and demand a heavily subsidised house.”[1] 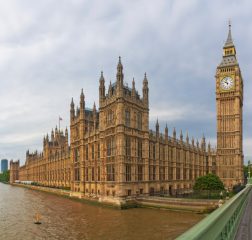 An ex-council house in the capital has sold for £1.2m, almost 10 times its original price, when it was originally …

An ex-council house in the capital has sold for £1.2m, almost 10 times its original ...