The Challenges and Opportunities for Enforcing the Lettings Fee Ban

As part of the Government’s plans to enforce the upcoming lettings fee ban, a new lead enforcement authority will be established for the private rental sector.

According to the draft Tenant Fees Bill, which is currently moving through the House of Lords, Trading Standards will be responsible for enforcing the ban, while local authorities will be able to retain money raised through fines for non-compliance.

But, as has been proven in the past, new laws are only as good as their enforcement. So, what are the challenges and opportunities for enforcing the lettings fee ban?

The challenges for enforcement

With thousands of letting agents operating across the country, it may be difficult for authorities to fully enforce the lettings fee ban and make sure that all companies are compliant.

Enforcement of existing legislation, such as the requirement for all agents to display their fees, has been, at times, problematic.

According to research in 2017 by the National Approved Letting Scheme (NALS), 93% of local authorities had failed to issue a single financial penalty for non-compliance with compulsory fee disclosure rules. 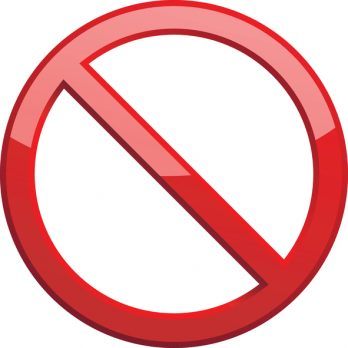 The Challenges and Opportunities for Enforcing the Lettings Fee Ban

Almost two-thirds of councils surveyed admitted that they did not consider displaying letting agent fees a high priority. Furthermore, a third of councils said that they hadn’t allocated staffing resources to this work in 2016/17.

At the same time, 64% of local authorities said that they were yet to assess the impact that the fees ban could have on enforcement.

The Chief Operating Officer of proptech firm PayProp UK, Neil Cobbold, says: “The extra resource of a lead enforcement authority is welcome, but policing the fees ban will continue to be a challenge.

“Consumer awareness will be a key factor. More informed tenants and landlords would be highly likely to notify the relevant authority when agents continue to charge upfront fees or do not cap tenancy deposits.”

In September, it was found that funding for the National Trading Standards Estate Agency Team (NTSEAT) has been doubled. The team, which aims to protect consumers from rogue estate agents, has had its funding raised to £500,000 per year.

Cobbold points out that increased funds for regulating the sales sector may be a sign that more money could be made available to enforce the lettings fee ban over the next few years.

Introduction of the fees ban

The Government has stated that the fees ban will be introduced in spring 2019 at the earliest, but, since its introduction to Parliament in May 2018, there have been no further announcements regarding the date of implementation.

“This has led people to assume an April start date,” Cobbold says. “Bearing in mind that there are still several steps for the draft Bill to pass through – including a report stage, third reading and amendments stage – we need to keep an eye on the movement of the Bill.”

He continues: “However, the fact that there has been no opposition and that, currently, there are no legal instruments required once the Bill becomes an act, the Secretary of State could look to sign the act into law as soon as the process is due to complete at the end of the year.

“It has always been advised that the CMP [Client Money Protection] legislation would be implemented first (April 1st 2019), so the fee ban being introduced at some point in April 2019 still seems the most likely outcome.”

Cobbold advises: “At this stage, agents should continue to monitor the news for Government announcements and prepare their businesses accordingly.

“Companies that take a positive approach to the fees ban and look to benefit from a more efficient business model are likely to thrive in the years to come.”

We remind all property professionals that we have a dedicated page for all news relating to the tenant fees ban: https://www.landlordnews.co.uk/category/tenant-fees-ban/