The Government should be doing more to encourage more investments in dedicated retirement housing, says a retirement rental company that specialise in letting properties to over-55s.

Peter Girling, of Girlings Retirement Rentals, states that the demand for specialist retirement flats and houses is exceeding supply, particularly in London and coastal towns, such as Bournemouth, Eastbourne, Poole, and Brighton, where there are traditional elderly communities.

Girling claims: “We have thousands of new enquiries each year from people attracted by the affordability of renting and the availability of assured lifetime tenancies. However, there are simply not enough retirement properties to meet this demand.”1

A movement, the Campaign for Housing in Later Life, to promote retirement housing was launched last year by the Home Builders Federation. They have since published a report confirming that 3.5 million people over 60 in the UK are interested in retirement houses.

However, with just 506,000 retirement units, 106,000 available for homeownership and 400,000 for rent, specific communities for retirement remain sparse.

He is calling for councils to give priority to retirement homes through looser S106 (Section 106 of the Town and Country Planning Act 1990) and other social housing requirements, normally expected by developers building private properties. 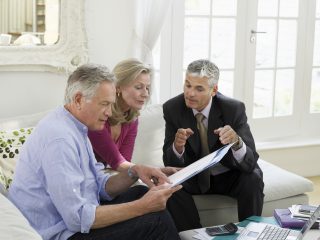 McCarthy and Stone – the UK’s leading retirement house builder – is providing a new stress-free initiative, which hopes to …

McCarthy and Stone – the UK’s leading retirement house builder – is providing a...