The Buy for Uni Mortgages Turning Students into Landlords

The last thing students graduating from university expect to have in this day and age is a mortgage – the student loan debt they have and difficulty in raising a deposit mean that most will have to wait years before they can get onto the property ladder. Unless, of course, they are homeowners already.

That’s where the new Buy for Uni mortgages come in. Lenders are now looking to students as customers for early mortgages, which effectively turn them into landlords.

The new Buy for Uni mortgage from the Loughborough Building Society promises up to 100% financing for a property purchase, as long as close relatives provide security. A similar product has been on offer through Bath Building Society for some years, although both have been met with caution from student representatives.

Under Loughborough Building Society’s deal, students who are over 18 and in higher education in England and Wales can acquire a loan for up to £300,000, as long as the property is within ten miles of where they study.

Supporting them must be members of their immediate family – parents, step-parents or grandparents – who can provide security in cash or equity in a property, such as the family home, if the loan is for more than 80% of the property’s value. Interest rates range from 4.54%-4.74%, depending on what security is provided and the term of the mortgage.

Gary Brebner, the Chief Executive of the building society, believes the mortgage is a gateway product to get on the property ladder. After the three or five-year term, when the student will have graduated, it is expected that the loan will change into a more traditional mortgage.

As it’s unlikely that a student’s income will cover the repayments, the student instead becomes a landlord, earning money from the spare rooms by renting them out.

Brebner explains: “What you want is that the rental income covers more than the commitment, so if there is a rise in interest rates, it will cover it. Or that the guarantor says: ‘Well, yes, if interest rates did go up, or there was a void in rent, I the guarantor will pay that rent instead.’”

He adds that there has been substantial interest in the offer, but no money has yet been lent.

In Bath, however, the model has been in operation for nine years. Bath Building Society reports that the loans now account for around 10% of it mortgage business.

Chief Executive Dick Jenkins says that, in most circumstances, the rental income goes “a long way towards” covering the repayments, working better in some towns than others.

“We do come across the occasional person who thinks that we are offering them an enormous amount of beer money, but we obviously disabuse them of that notion quickly,” he says. “Most people are pretty serious and switched on and tend to come from reasonably well-off families, because we do need to take a collateral charge over mum and dad’s property to make that product work, so there has to be some equity in the parents’ property.”

However, he admits: “In some senses, that defines you as approaching more middle-class households than working-class, but that does not mean it is not a valid product for a given segment of the population.”

Student representatives have moved to ensure that undergraduates are aware of what they are getting themselves into when signing up for the mortgages at a potentially very young age. 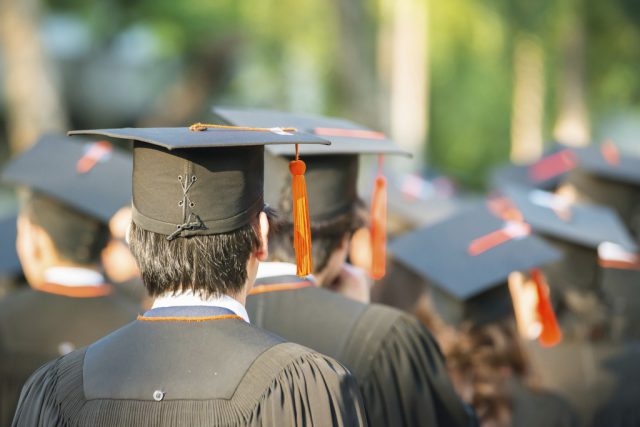 The Buy for Uni Mortgages Turning Students into Landlords

The Vice President for Welfare at the National Union of Students, Shelly Asquith, insists: “Students should be careful of offers that seem too good to be true. Buying a house will usually involve significant hidden costs for deposits, agents and surveyors, even if the monthly payments seem to compare well with rented properties.”

Jenkins acknowledges that the Buy for Uni mortgage is not for everyone and recognises the criticism: “This is not a product that is available to all, because not everybody has got the parental equity to put into the equation. But that is no reason not to help those who have. We do get a little bit of flak about whether it is an elitist product. I don’t think it is.

“But certainly it works best for students who are probably on long courses, who can get the best benefit out of it over a longer period.”

However, while students may not be famous for their devotion to personal finance, Jenkins says that default rates on loans are much lower than on standard mortgages.

“We have found that the student-parental bond – that understanding that the parents and students have – means that if there is a payment problem, we tend not to see it because it gets resolved before it gets to us,” he explains. “They sort it out between themselves. I can honestly say that, in nine years, we have never had a problem case.”

But are the Buy for Uni mortgages saddling students with heavy debt at too young an age?

He adds: “We are not encouraging people to take on debt that they don’t understand or they wouldn’t understand their responsibilities towards. We are quite a cautious lender.”

Two mortgage experts, however, have given their views on the Buy for Uni loans:

David Hollingworth, of London & Country Mortgages, says that, as the loans are niche products, the interest rates are higher than would normally be expected: “The rates are higher than would typically be available to a first time buyer, even where parental security is being used, such as the Barclays Family Springboard deal that offers a three-year fixed rate of 2.99% up to 100% LTV with no fee where 10% parental cash is locked down as additional security.

“Both lenders offer the product on variable rates, so there is less stability on offer, but, nonetheless, these deals could offer a very practical and smart solution to the right person.”

Alistair Hargreaves, the Executive Mortgage Protection Consultant at broker John Charcol, isn’t convinced that rental income will cover the stress tests: “If somebody doesn’t have any capital to go down on this and they have to put a charge against their property and someone is going to be at university for three or four years, I can see it making sense. I just think rents are not going to be enough to sustain it, so mum and dad are going to have to have a decent income to back it up.”

One benefit, however, is that the property will be in the child’s name, points out Hollingworth: “That avoids any potential Stamp Duty Land Tax surcharge on the purchase of additional property, assuming that the parent already owns their own home.”

Regardless, parents need to understand the impact of providing security, he emphasises: “If everything went horribly wrong – the property was repossessed and sold for less than the outstanding debt – the lender could claim the shortfall from the parental cash or equity.

“In addition, where the parent is using their property as the additional collateral, it could have an impact on any future borrowing against their own home. Where using cash as security, the funds will remain in the parental names, but will not be accessible while they remain as security.”

What do you think of the new Buy for Uni mortgages – are they a good idea?